This page details prerelease information and/or media for The Lion King (Genesis).

The health and roar bars are different to the ones seen in the final, with different coloring. These bars have yet to be shown in a screenshot for the SNES game in any form. There's also a different font used for the lives, seen in early SNES screenshots. Finally, there's a vulture at the bottom of The Elephant Graveyard, but it's possible that the player just fell down from the top of the skull and the vulture chased Simba down there. 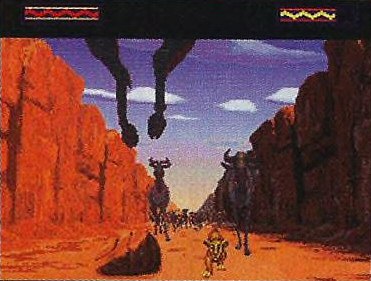 The health and roar bars are shown above the scene, rather than at the top of it in the final. 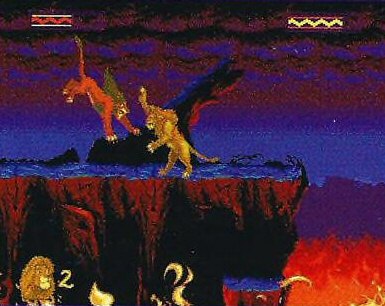 This Scar sprite does not exist in the final game.