This page details prerelease information and/or media for Touhou Koumakyou: the Embodiment of Scarlet Devil.

The official website for the game features a few promotional images at the bottom, some of which containing certain oddities. 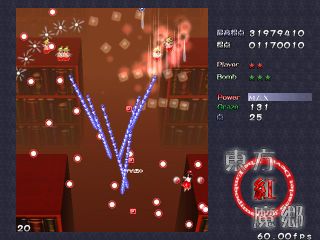 The first promo screenshot in the website is also from the first ever released(?) trial version of the game, currently lost... In it, we can see that the menu looked drastically different back then. 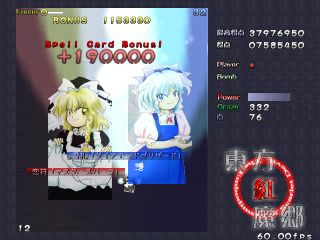 Here we see ZUN choosing between two spellcard name formats. The one Cirno uses is what he discarded. It's Cirno's final spell, "Diamond Blizzard", with an older format: Snow Ofuda "Diamond Blizzard". See below.

It is quite easy to realize that many more images were uploaded to the website than are displayed, due to the weird filenames. There are two sets of images still available on the website but unused. The first one, from early versions of the game, always starts with "th6_XX.jpg" where XX is the image number (there are over twenty), while the second set starts with "th06_705_XX.jpg", with "705" possibly being a timestamp for July 5th. 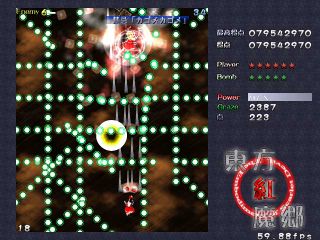 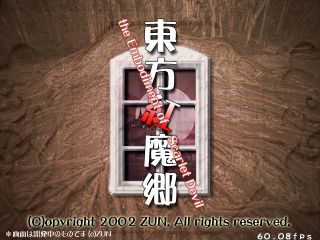 An early version of the character select screen. 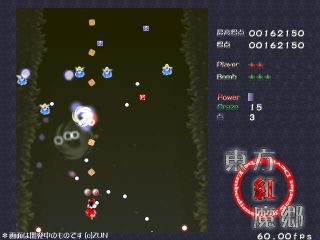 Just as before, the default text and most of the icons look like crap, with a white edge around them. The forest background is also green instead of blue. 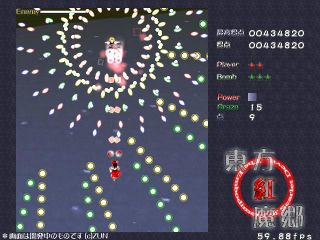 An image of Rumia midboss. Notice that the "Enemy" text in the top left does not display its lives. 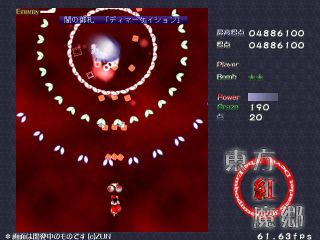 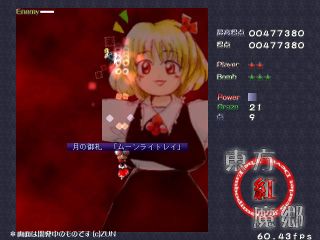 The text in the bottom-left has now moved around. The spellcard is from the Rumia midboss on Hard/Lunatic and is here named Ofuda of the Moon "Moonlight Ray". 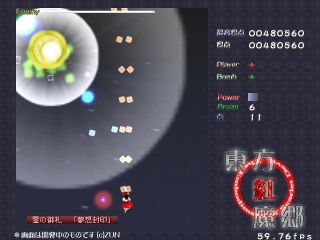 The text in the bottom-left has moved again. Here we see Reimu's classic spellcard Ofuda of Spirits "Fantasy Seals". 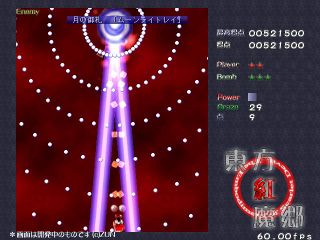 The text in the bottom-left is back to where it was 2 images ago. Here we see Rumia's spellcard in action. The only noticeable difference here are slightly less bright laser graphics and the lasers being much closer together than in the final game. 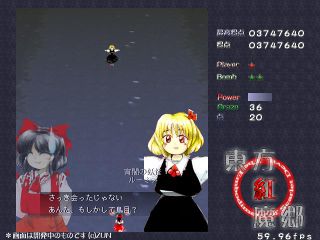 The only difference here is the runtime text looking much simpler, as stated before. 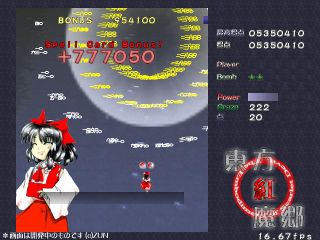 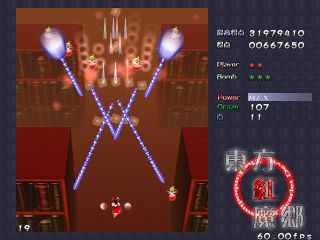 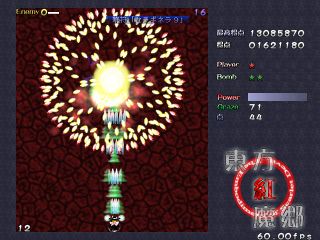 Meiling has a different spell background. 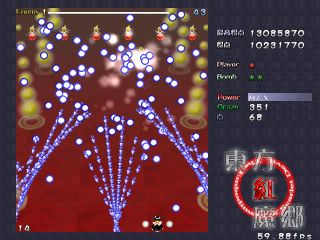 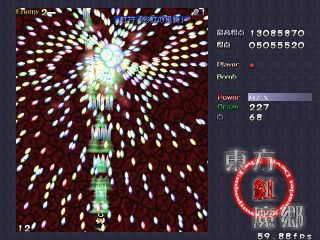 An earlier version of Meiling's "Rainbow Wind Chime", which uses different colors than the final version.