Professor Layton and the Curious Village

The game later got a re-release in Japan called the "Friendly Version" (which has furigana over kanji for little kids) with all of the 52 Wi-Fi puzzles unlocked by default.

This is certainly not the only DS game to have its graphics from the JP version left unused on the localized versions: The odd thing is that an early JP title screen with the 2006 date can be found; the game was released in 2007 in Japan. There is also an old version of the title menu still present with the file-name "temp_select2.arc", indicating it most likely is a placeholder. The most intriguing part is probably an even earlier Japanese title screen, with a completely different title (多湖輝の頭の体操 EX, Tago Akira no Atama no Taisou EX, Tago Akira's Mental Gymnastics EX) with the Akira Tago copyright (In the final, he is not mentioned in the title screen, but rather in the credit roll).

Producer Akihiro Hino mentioned in an interview that the original Layton concept was more of a clone of Brain Age. That concept was revived in 2009 after the release of Layton 4 when Level-5 released the Tago Akira no Atama no Taisou series under the Atamania label: these were four casual puzzle games with less focus on plot which used the DS sideway orientation from Brain Age. Professor Layton and the Curious Village might have been a rebranded Atamania game, just like Layton Brothers for iOS (originally Atamania Mystery Room). 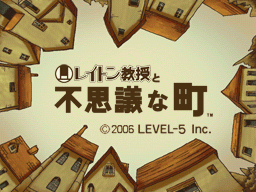 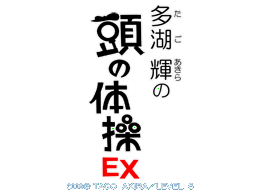 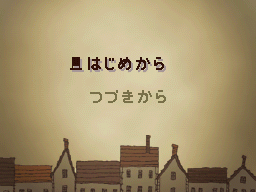 Some leftovers from the Japanese version of the game exist in the data. 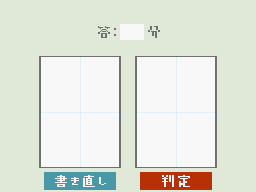 The filename "virus_bg.arc" suggest this is the input screen for Puzzle 26. The bare-bones look of this graphic suggests it's an older version used during development of the puzzle. 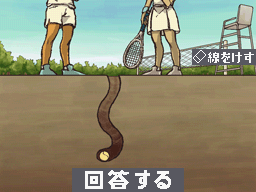 The Japanese version of puzzle 88. Unchanged in the localized versions. 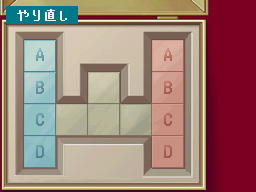 This puzzle is present in the translated version of the game, in the same way (unchanged). But for some reason this file was kept in the game's data with the Japanese button. 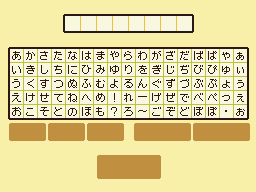 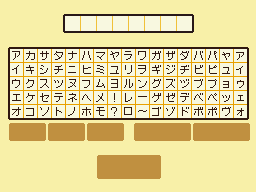 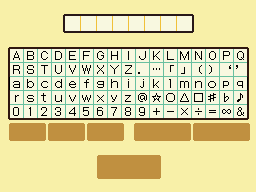 These are the keyboards used to enter your name and your dog's name in the Japanese version of the game. Even though the keyboard has been replaced by a handwriting recognition system in the localized versions, the keyboard's graphics can still be found in the data. 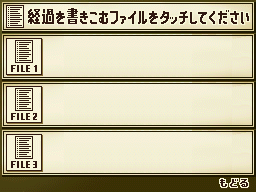 This is an old version of the File Select screen. It has a different design from the final one. It has the filename "testbg.arc" for some reason, which suggests this might have been one of the first actual background images in the game. 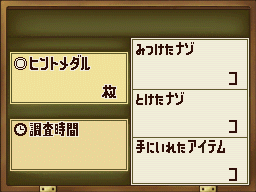 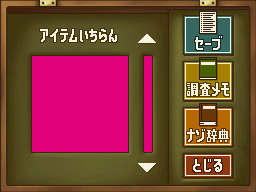 Not used in either version. It's most likely a old design for the trunk. 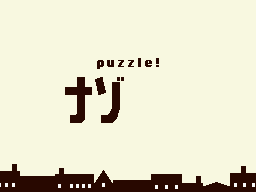 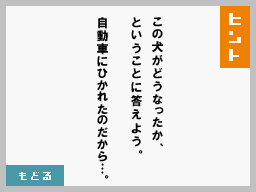 This is an early description of the puzzle One Poor Pooch. The top right button is for hints and the bottom left says "return." 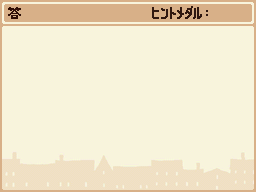 This is the screen in which the picarats earned and a short explanation of why the solution was correct is given. This is from the "Unfriendly" Japanese version of the game. 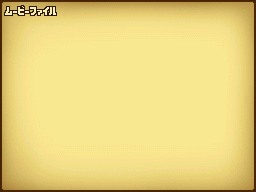 This is the top screen from the movie playback menu from the Japanese version found in the bonus option from the main menu.

Graphics exist within the files that resemble an early version of the Professor's 'Correct' puzzle solve animation. 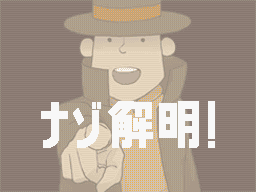 The introductory scenes- when Layton hands Luke the letter while on their way to the village in the Laytonmobile- have early graphics. They seem to be crudely drawn and have a "hard-subbed" Demo Skip inscription. They were probably intended to serve as placeholder graphics. 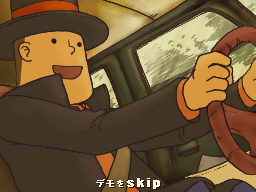 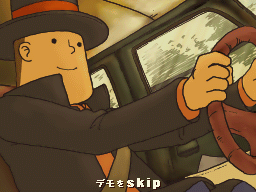 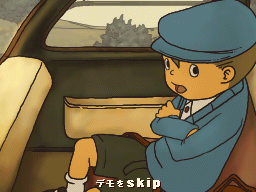 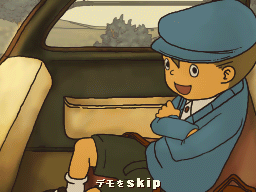 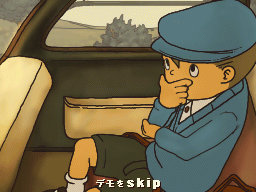 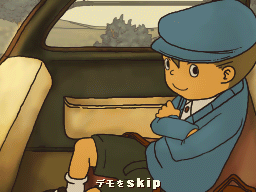 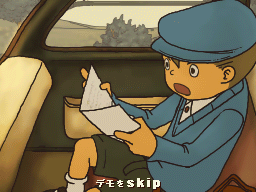 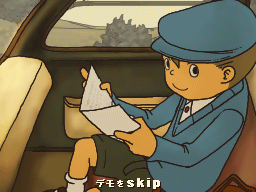 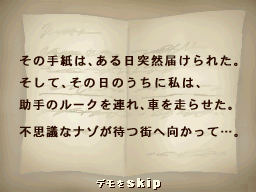 This odd Dragon Quest-like monster is used as a placeholder for NPC dialogue graphics.

This checkered background was most likely used during development as a BG placeholder. There is also a completely white background present in the game's data. Its usage is unknown. 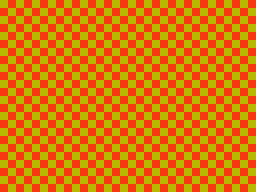 This BG was most likely used during development of the puzzles which use scales like, for example, Puzzle 6. This is likely because it has two platforms and a box to put the lightest weight in just like Puzzle 6. The filename of this graphic is "scale_bg.arc". 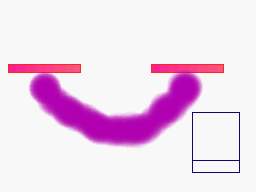 Three buttons, leftovers from a demo. 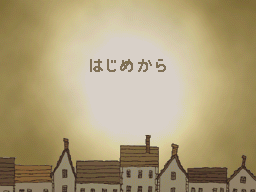 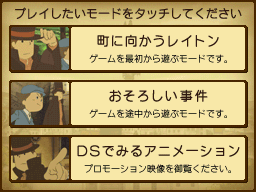 The European version of the game includes an unused puzzle (internally referred to as the 163rd puzzle) that is potentially a variant of the first puzzle in the game. The puzzle, despite making use of the same "circle the location" formula as the first puzzle, features a different riddle, less detailed graphics and text for the first hint. It's also interesting to note that all text has been translated to all European languages, as well as Korean, despite this puzzle being completely absent from the Japanese and American versions of the game.