The alpha build of A Hat in Time was distributed to Kickstarter/slacker backers from February 20, 2014 to February 28, 2015. Identified by the words ALPHA BUILD: FAR FROM FINISHED at the bottom of the screen while in-game.

Text for what appears to be a scrapped checklist system.

Unused text related to the collectibles. The Witch Hat would later appear in the game's Beta, and while the Dweller Mask does appear, there's no way to check its description.

Text that appears to be for an earlier build that lacked a settings menu.

Text that appears to be for an editor.

Text for a Mafia being teleported.

Text that appears to be for a fight with Mustache Girl. No such scene is present in the Alpha.

Text leftover from the prototype, where two seagulls taught the player about crouching and diving.

Text for The Conductor. While he does appear on the main menu, he never speaks in the Alpha.

CAW Agents never speak in the Alpha, and their text consists only of this.

A file likely used while working on the text system. Interestingly, the Mafia's "mumbletest" line was changed in later builds.

Text for developer commentary for the level Vanessa's Manor. This feature is absent from the Alpha, and the file is completely blank in the final.

Text for the Subcon Village. This location is absent from the Alpha, rendering this text unused.

An early version of the line used in the Bookstore level. While Hat Kid does say several of the lines listed here, no text bot is shown, making this text unused.

Text for a cut robot character. This character exists only in concept art, and as a model in Hat Kid's Toybox in the final.

Text for a fight with the Mafia Boss. This version of his dialogue was shown in early trailers. His lines were completely changed by the Beta.

Text for several acts that are not present in the Alpha.

Text for the Moonjumper. He does not make an appearance in the Alpha. This text was shown in a pre-release screenshot and in a development video.

Unused text for the penguins found around Mafia Town.

Text for scenes that do not appear in the Alpha. Several of these scenes do appear in the Beta and Final, albeit with rewritten dialogue.

The Hookshot and Umbrella Pogo are not present in the Alpha, rendering this text unused.

While two Science Owls do appear on the title screen, there are no acts in the Alpha featuring them.

Thor is not present in the Alpha, nor is the act where Mafia town is covered in lava.

Tim is not present in the Alpha. This text was used for his appearance in the Prototype.

No such mode is present in the Alpha.

The Train Operator isn't present anywhere in the Alpha.

This text was used in the Prototype. One line was used exclusively in the build sent to farfromsubtle.

The alpha's Spaceship Hub is mostly incomplete, and can't be roamed around normally. Many of its rooms are very clearly unfinished.

What appears to be a test room that was used for testing collectibles and music. Contains a red vault code, 4 Electro Shock badge pieces, 4 Owl's Brew badge pieces, a Mafia tie, a Time Piece, and two buttons. One button plays the cutscene that plays when a Time Piece is spawned, and the other plays music from Vanessa's Manor.

Leftover from the 2013 prototype intro cutscene for Mafia Town. Goes unused as this cutscene was removed and the track was composed by Eric Gleiser who has since left Gears For Breakfast. As his musical contributions have been almost entirely replaced by Pascal Stiefel's compositions, it's unlikely that this track will see use in the final game.

Mafia Town overworld music from the 2013 Hat in Time prototype, intended to play when Mafia Town is submerged in lava. In the alpha build this level is inaccessible, leaving this track unused. This track was also composed by Eric Gleiser. The Lava Mafia Town theme will be replaced with Pascal's version as with all of the other Mafia Town themes in the final game.

Miniboss music from the 2013 prototype. Like the above example, this track was replaced with Pascal's miniboss music yet left in the alpha game files, unused.

More remnants from the 2013 prototype. In the prototype, this track played when chasing Tim in Mafia Town, and in secret level staff ghost races. As neither Tim nor staff ghost racing is present in the alpha, this track goes unused. As this track was composed by Eric Gleiser, it's unlikely to see use in the final game.

A vocal track of a girl singing, likely intended to be layered over TheSubconForest_Masked.ogg as heard below:

While TheSubconForest_Masked is heard in the alpha's epilogue, the singing is unused. 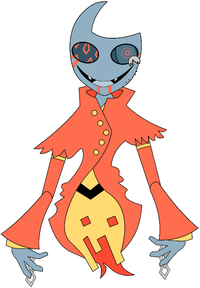 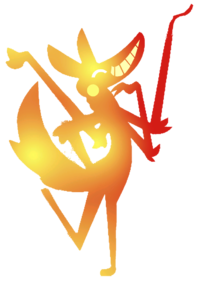 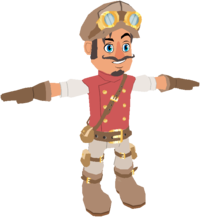 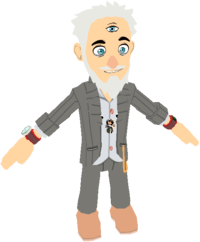 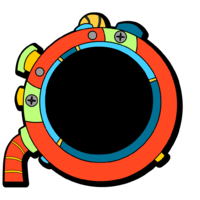 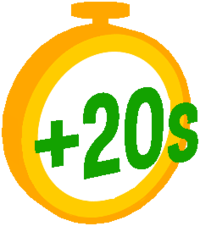