This page details one or more prototype versions of Air Fortress.

This prototype of Air Fortress is for the Famicom Disk System, whereas the final game was only released on cartridge.

The dump shown here had been copied from its original disk over a copy of Mystery Quest. Remnants of the latter game are present in the now-unused disk area starting at 0x1A14A.

The music on the title screen is very different, bearing only a passing resemblance to the final track, and makes full use of the Famicom Disk System's extra sound channel.

The interior track is mostly the same, though the bassline that plays on the extra sound channel obviously had to be removed for the cartridge version. 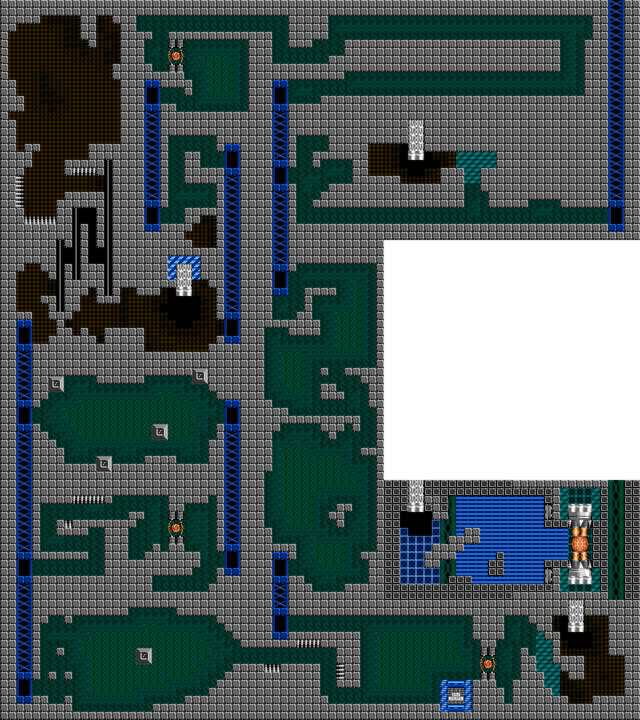 The only stage in the prototype doesn't resemble any of the stages in the final game. The player starts at the upper-right corner. Destroying the core dims the stage palette and opens the escape chute, but the player can't actually interact with the ship. No other elements (music, visual effects, or time limit) of the self-destruct sequence have been implemented yet, so the player is simply stuck forever.

FILL ME (WITH TEXT)

Retrieved from "https://tcrf.net/index.php?title=Proto:Air_Fortress&oldid=750671"
Categories:
Cleanup > To do
Games > Games by content > Prototypes