The voxel engine build of Banjo-Pilot was the result of a few months' work. The title comes from the engine which renders the tracks in this build, which was dropped due to lag and a lukewarm reaction.

Two options were removed from this menu in the final: multiplayer weapons and reverse controls. "Erase Save Data" was moved to the bottom center of the screen.

Quick Race is not present in this prototype. The descriptions for each of the options were condensed into one box at the bottom of the screen in the final version.

Everything is far cheaper in Cheato's shop, possibly to make testing easier.

Upon selecting Banjo in the final game, his chest will turn brown. This is not present in the voxel build. 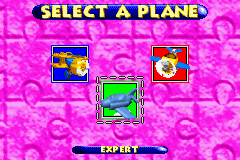 After you select your character, you'll be given a choice between three different planes which represent the difficulty. In the final game, each character has their own unique plane.

During gameplay, holding the Select button stops motion for your character and enables free movement, even allowing you to go outside of the level boundaries. While Select is held, pressing Up and Down moves you forward or backward relative to the camera, while Left and Right rotates the camera. When Select and R are held, Up and Down adjust altitude, and Left and Right strafe.

Pausing the game and pressing L during gameplay will allow you to instantly win the current race or battle. 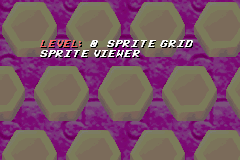 Pressing L while in the main menu will activate a small debug menu containing a level select and sprite viewer. To select levels, hold R and press Left or Right to change the level and press A to play it. 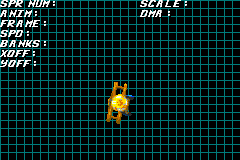 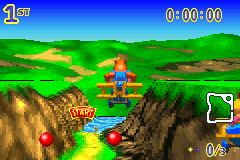 Using the level select, you can access a test map known as TREV TEST ZONE which appears to just be a carbon copy of Spiral Mountain.