This page details one or more prototype versions of Beatmania APPEND 3rdMIX. 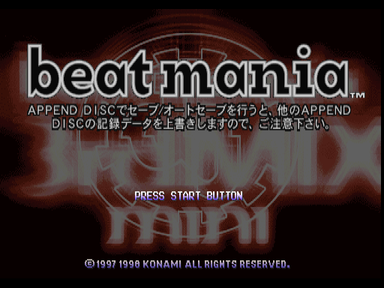 As the interface is practically borrowed from the original beatmania, many sprites - some of which are still in the final beatmania APPEND 3rdMIX release - are left unused.