The August 4th build pretty much concludes all the early material. The only level that still differs greatly from the final is Hollywood Freeway. Level cinematics have been implemented and while the text differs a bit, it's nothing major. 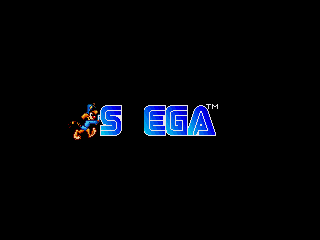 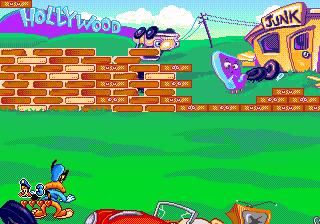 Bonkers pushes the level number in while Fall Apart pours water over the bomb. In the final, Bonkers pushes Fall Apart in, and there's two crates. The alphabet for these screens (not just for the Warehouse's) lack any proper dropshadow in this build. 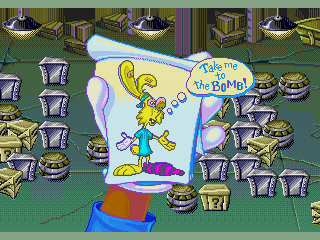 Once Bonkers collects all of Fall Apart's pieces, the player can view his picture, not unlike the final. The extra word bubble was cut in later builds.

Within the cinematic that plays when choosing this level, a sprite of the Toot Siren character appears that's not in the final. This is what's seen in the final version. 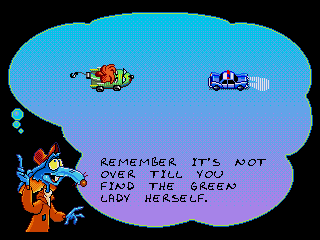 This billboard had the text removed, was shortened, and its underlying shiners simplified. There's also a different Bonkers billboard from the last build that's much smaller. It still didn't make it into the final, though. None of the off-road had any grass, and the trees and bushes were more far between. 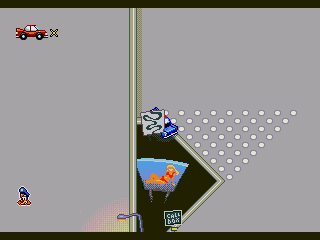 Another scrapped billboard. Probably considered too racy for a kids' game or something.