This page mainly documents the incredibly late builds that were sent out to reviewers, and have barely any differences. They're better off bundled together in a single Review Builds page such as this one! 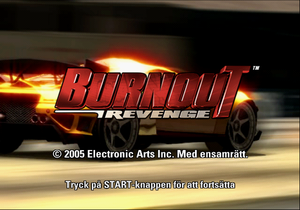 This is a near-final version of the game, internally marked as Beta 7. It is compiled on August 4, 2005 and is based on the non-English European version, internally referred to as "PAL2". 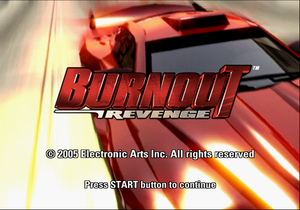 This is a near-final version of the game, internally marked as Beta 9, based on the "PAL1" SKU. It's compiled on August 9, 2005, slightly less than a week before the final NA build, but two weeks before the final EU builds.

This build is so late into development that it only really has two differences, excluding SYSTEM.CNF saying v1.00 unlike the final EU versions which say v1.01. Those two differences are found in the French localisation, where the spelling of a few words was changed. Their respective String IDs are D6AEE6DB and E20BCA94.

Retrieved from "https://tcrf.net/index.php?title=Proto:Burnout_Revenge_(PlayStation_2,_Xbox)/Review_Builds&oldid=1221854"
Categories:
Cleanup > To do
Subpages