This page details one or more prototype versions of Call of Duty: Black Ops III (Windows).

The first COD game to have an MP beta since WAW.

A lot of weapons were found in the German version's files by PC players, most being unfinished or leftovers.

An early version of the SVG-100. The gun has an unfinished texture and has a wider body. It uses the scope from the Balista from Black Ops 2 as placeholder.

A placeholder for the Argus, re-uses Remington 870 weapon from BO2. It is the exact same as it was in Black Ops 2, besides the sound effects being from the KRM-262.

A very early version of the ICR-1, the viewmodel is unfinished and the animations use the M27's. Interestingly, this gun shows as the M27 in the menu instead of the ICR-1, which is probably because the gun is a re-skin of the M27 as HK416 is the real-life name for the M27.

An early version of the Gorgon. The textures are unfinished, and the animations are reused from the HAMR gun from BO2. The gun is much larger than it should be.

An almost finished version of the 48 Dredge. The textures are unfinished and the animations are from the QBB LWS from BO2. 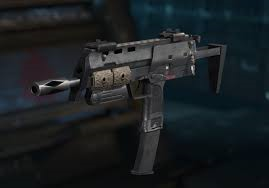 A placeholder for the Pharo, re-uses MP7 as a placeholder. It is the same as it was in BO2 but with different sound effects. 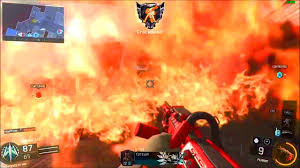 The Purifier looked completely different in the beta, it had no normal or diffuse maps and it was way more red. It's most likely that this was a placeholder or was in the process of getting changed as the icon is the same as the retail game.

The Combat Knife from Black Ops 2 was also found in the files.

The weapon is fully completed, although it has no capped fire rate, allowing it to be spammed.

Has an unfinished texture.

Meant for the Uplink mode, although that mode is absent the beta.

Differences this game has from the finished game.

The Black Hat had stats that were way too high, making Treyarch have to reduce them.

In the beta, there was a player count in the pre-match lobby, but it did not make it to the final game.

Firebreak was not accessible in the beta but data miners were able to re-enable him. He had a different background image and his textures were unfinished.

In the beta, the KN44 was called the ARK-7 and the L-CAR 9 was called Spyder.

In the map Evac there was a door that leads to a shortcut outside but in the final game it is blocked off.

In the beta, when you obtained the lightning strike killstreak, instead of a tablet a hologram of the map would appear.