This page details one or more prototype versions of Crisis Force.

An ID string listing the build version and date can be found at the end of the PRG ROM: "SAMP910705". A similar ID can be found in many other Konami games.

"SAMP" means it's a sample version of the game, and the numbers represent the date. So, this build was compiled on July 5, 1991, four days after the final commercial build.

Since this is a sample version of the game, only the first two stages are fully playable. Once you clear the second stage, you are greeted with these two images: 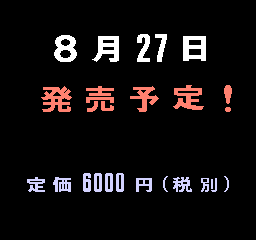 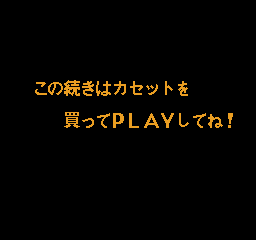 The game goes back to the title screen after a few seconds.

However, it is still possible to play in the locked stages by using the following Game Genie codes:

The game will have randomly garbled and / or missing graphics because some CHR banks from the retail version were replaced with others to make space for the message above.