This page details one or more prototype versions of Destroy All Humans! (2005).

A prototype of Destroy All Humans! from March 12, 2004 was found on a Xbox Debug Kit obtained by Aden34. It predates the final by over a year and the gameplay is pretty different compared to what shipped. 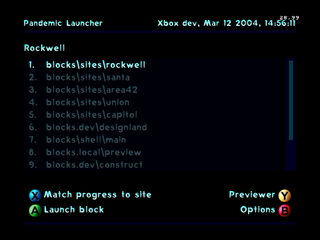 The player is immediately taken to the Pandemic Launcher once the build boots up. While it is used to quickly jump to levels, there are references to four maps that are not present in the build: Capitol City, Design Land, Previewer, and Construction Site.

All of the main menu assets consisted of storyboard sketches.

The design of the title screen stayed pretty much the same between the storyboard and what appears in the final. 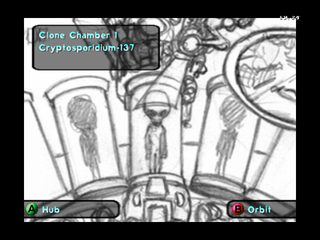 The game selection screen is known as the Clone Chamber in this build. Every new game is represented by a new chamber and Crypto's number will iterate every time you die during gameplay, the latter of which stayed the same for the final.

It appears that one of the early concepts for the lab was for the player to talk to Orthopox to upgrade Crypto's weapons and/or his flying saucer. 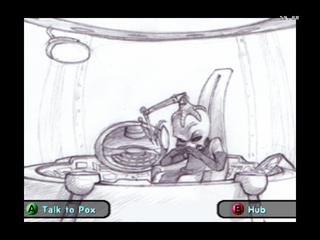 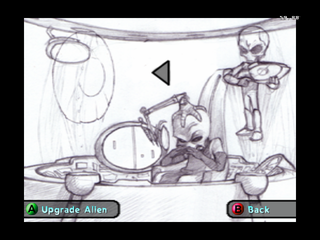 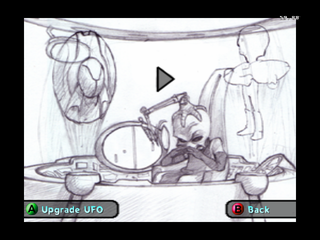 Another concept for the mothership was the Historica, which seemed to give a list of bonus tasks for the player to complete. 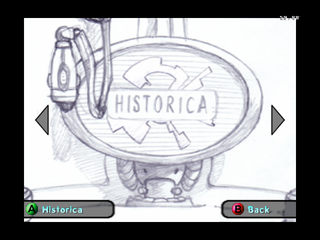 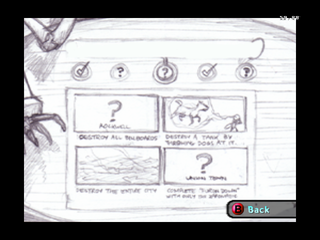 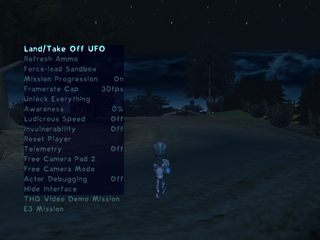 Pressing Back on the Xbox controller will cause a small debug menu to appear. 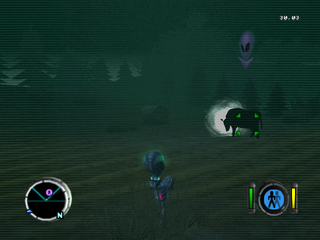 Aura Vision is an ability that ended up getting scrapped. It would have allowed Crypto to see the auras of the creatures around him and let him know their mood and the type of thought they are having. 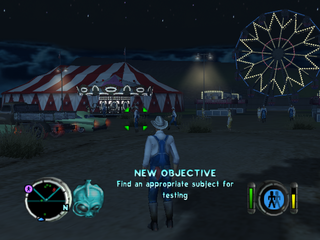 As mentioned above, it was originally planned for Crypto to have conversations with any human while body snatching. A few examples of these lines have been provided below.

Some of the playable missions have a voice-over that plays during the title card. This concept ended up getting scrapped prior to the game's release.

While there are five mission markers on Rockwell, only Down on The Farm and Earth Women Are Delicious are playable. The rest of the missions will just play a placeholder cinematic and complete automatically.

Down on The Farm 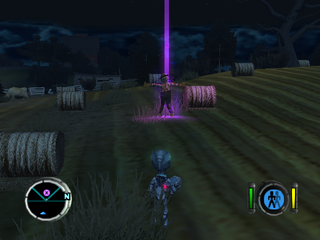 Down on The Farm was the working title for Destination Earth and it originally took place on Rockwell, not Turnipseed Farm. It plays similar to the final version but the first objective is to examine a scarecrow on the farm for some reason. Additionally, the farmer Crypto vaporizes later on in the mission is referred to as Farmer Joe instead of Harold Turnipseed. 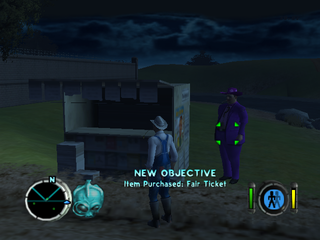 City of The Future 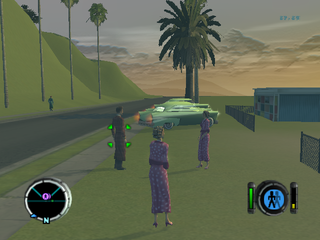 City of The Future is the first mission at Santa Modesta. Orthopox tasks Crypto to investigate a "hover vehicle" that humans use to drive. Crypto later disguises himself as a human and goes to a car dealership owned by Crazy Lou to inquire about the vehicles. He later learns of television while conversing with the citizens at the dealership and goes to a TV store to further investigate. After seeing the broadcast, Orthopox believes that the cars of the future mentioned by Crazy Lou are part of a misinformation campaign. The rest of City of the Future plays out like the final objective of Televisions of Doom with the exception of Orthopox finding out that human brain stems contain Furon DNA at the end of the mission. 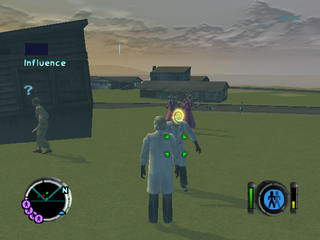 Human Influence is a mission that did not make into the final. Crypto is tasked with hypnotizing five humans around Santa Modesta in order to gain influence. The final objective after that is to destroy a TV crew present in the area in order to complete the mission.

Crypto goes to the center of town to investigate a small military camp. He finds majestic agents there and Orthopox discovers that they are weak-willed, so Crypto hypnotizes one of them and brings him near his ship for an interrogation. This later got reworked into the final objective for This Island Disturbia, though the interrogation is interactive instead of just being a cutscene. 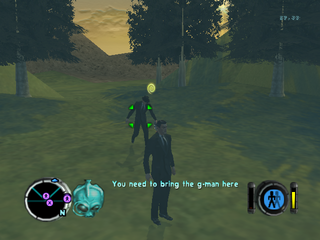 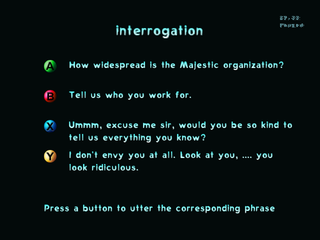 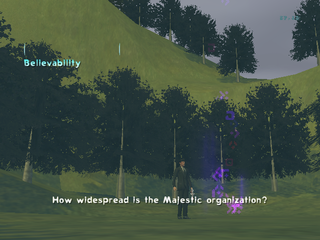 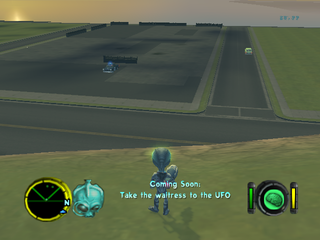 Area 42 is not added to the game yet and is just a gutted out version of Santa Modesta at this point in development. It has no playable missions, as the one available on the map is a placeholder, much like the last three missions on Rockwell. 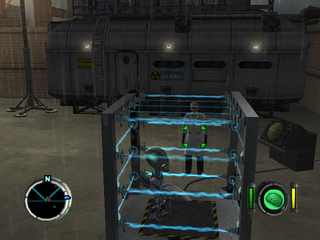 Furon Down plays pretty similar to the version that appears in the final, though there are some differencesː 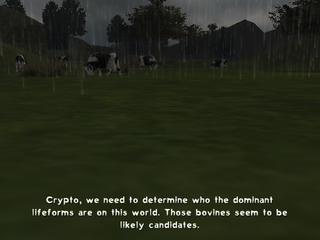 The E3 Mission option on the debug menu only works on this level. Once selected, the player is taken to a rather strange combined version of Destination Earth and Furon Down.
The beginning stayed pretty much the same as the final, but deviates once Crypto gets frustrated at the cow. He body snatches the creature and attempts to communicate. That doesn't work and he goes to the ship in search for intelligent life after vaporizing the cow. Crypto then goes to the drive-in and is angered to see what he thinks are humans killing aliens and filming it for entertainment. He ends up destroying the drive-in, which results in his ship getting shot down. The rest of the mission plays mostly identical to the build's version of Furon Down with the exception of Crypto using his psychokinesis to escape rather than hypnotizing the scientist. 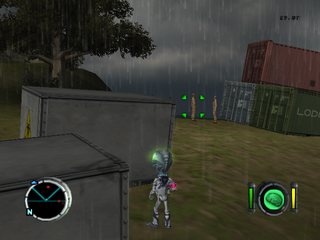 The THQ Video Demo option on the debug menu also only works on this level. The player will be teleported to the island from Furon Down, though there appears to be no objective available to complete.

The DISCARD.PKG archive for each level has a placeholder for conversation mode.

Retrieved from "https://tcrf.net/index.php?title=Proto:Destroy_All_Humans!_(2005)&oldid=1018764"
Categories:
Cleanup > To do
Games > Games by content > Prototypes