This page details one or more prototype versions of Deus Ex. 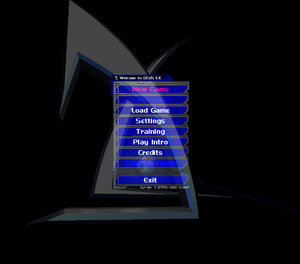 Main menu of the pre-release, showing the early version and date.