This page details one or more prototype versions of Digimon Rumble Arena 2.

An early prototype from March 5, 2003 was used as padding inside the final PlayStation 2 release. It is dated over a year before the game was completed and is very different compared to the finished product.

The title screen is completely different compared to the final. 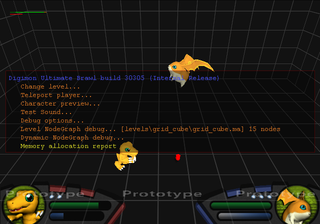 A debug menu can be accessed by pressing L3+Select.

K_ME_ENG.RES has an unused working controls image for the GameCube. 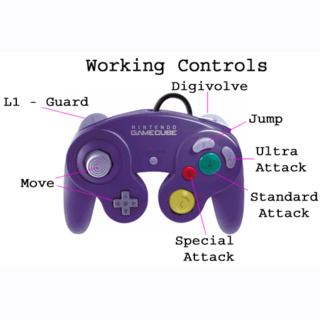 Inside of B_SYSTEM.RES are three sounds that were probably played whenever an issue occurred with playback of a sound file.