This early, incomplete version of the executable used by The Ultimate Doom was included with the map sources John Romero released on April 22, 2015. 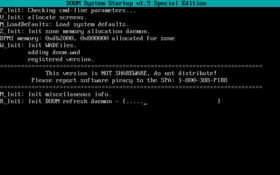 Most levels in Thy Flesh Consumed reference different music tracks than the ones used in the final release.