This page details one or more prototype versions of DreamWorks Movie Night.

Immediately after the "Plug & Play TV Games" screen, the game opens a very barebones test menu with five options to choose from, though only two games are properly seen. 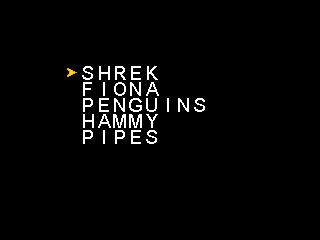 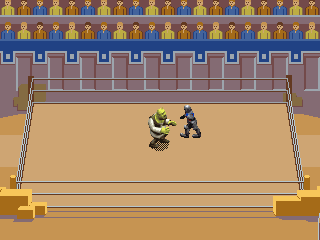 "SHREK" seems to be a barebones fighting game, with no equivalent in the final release. There is no level collision and, depending on the position of the enemies that spawn, the game can get stuck. 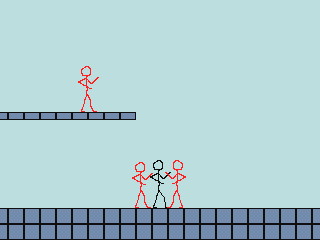 All other options seem to redirect to an engine test for Fiona's Bandit Wallop, complete with stickmen fighting action. 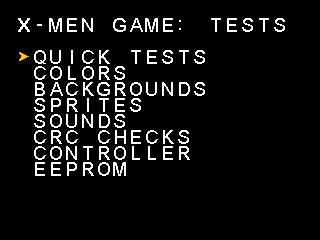 It, strangely, refers to the game as being an X-Men title, along with some functions being absent such as the Music and Sleep Mode tests.

Given the build's early state, several unused graphics can be found within the ROM data.

The food items from Hammy's Food Frenzy can be found at offset 0x65D00, though they don't have a proper palette yet.

A penguin! Most likely a very early version of Rico's sprites from Rico's Rescue Romp, and can be found starting from offset 0x66380.

A sprite sheet for Hammy, which can be found starting from offset 0x68E00. Also doesn't have a palette.

Leftovers from what is possibly an earlier version of Star Wars Original Trilogy can be found starting from 0x80000 in the ROM. 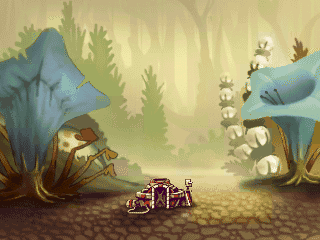 This graphic is also displayed in the Test Menu's background test.