A PlayStation 2 preview version of Ed, Edd n Eddy: The Mis-Edventures that predates the final game's release by 11 days. 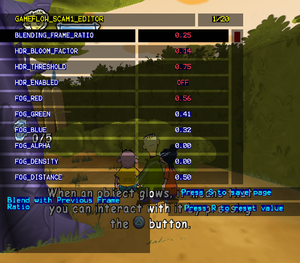 Pressing the Start button on a 2nd controller brings up an extensive debug menu that allows you to tweak values.