This page details one or more prototype versions of Formula 1 '97 (PlayStation).

This technical demo of the game built on June 4 1997 contains both Arcade and Grand Prix modes. 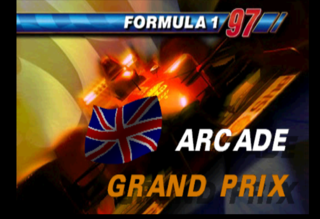 Retrieved from "https://tcrf.net/index.php?title=Proto:Formula_1_%2797_(PlayStation)&oldid=1207361"
Categories:
Cleanup > To do
Games > Games by content > Prototypes
Games > Games by series > Formula One series