This is a sub-page of Proto:Gran Turismo 3: A-Spec.

Offered in a promotion by Japanese auto parts stores Autobacs and SuperAutobacs, the Autobacs Replay Theater demo is also the oldest build of any Gran Turismo 3 demo barring Gran Turismo 2000, with a VOL and executable build date of September 25, 2000. The build itself is a rolling demo only, hence the Replay Theater designation. 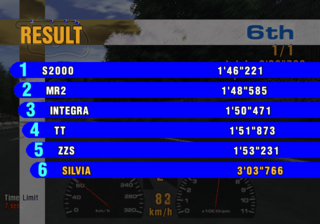 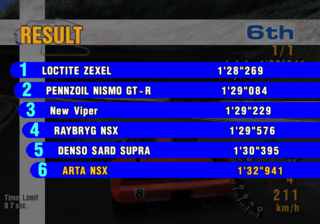 A video showcasing some of the hidden cars, and every single functioning course in the game.

Retrieved from "https://tcrf.net/index.php?title=Proto:Gran_Turismo_3:_A-Spec/Autobacs_Replay_Theater&oldid=898056"
Categories:
Cleanup > To do
Subpages