This is a sub-page of Proto:Gran Turismo 3: A-Spec.

This very early demo build, using the old Gran Turismo 2000 name features updated graphics from Gran Turismo 2. It features only one drivable car, the Mitsubishi Lancer Evolution V GSR '98, which can only be driven around Seattle Circuit. There's a time limit of 2 minutes before the player is booted back to the menu. This demo is considered to be very rare. 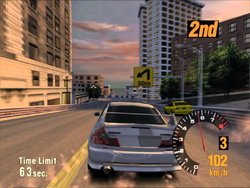 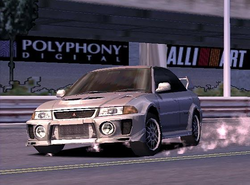 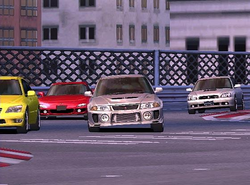 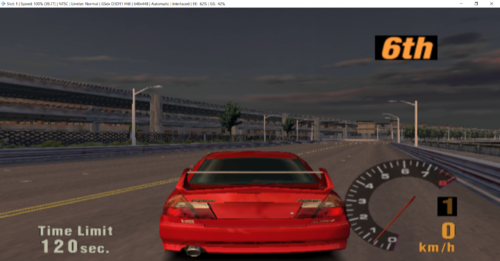 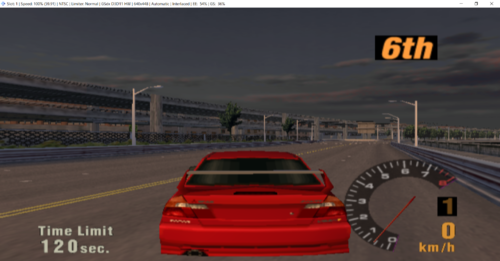