He has an error with his legs' textures which makes them appear incorrectly.

Odell appears in several locations as a placeholder for other characters, such as Breen, in early maps found in the WC Mappack, suggesting he was made early in development.

Though he was removed from the game, his face was modified to be used for Odessa Cubbage.

Inside Odell's texture folder is a texture for an older take on Odell's face. This one appears to be hand-drawn (instead of being from a real person) and features Odell with a beard, which the Odell in the prototype does not have.

Inside "materals/models/obsolete" is a folder called "TBot1", which contains textures for a removed robot NPC. There is no model for TBot1, but the texture names give a rough idea of what each texture was supposed to be used for. Based on the textures, it would be a bipedal robot with two eyes, a cloth collar, a gun, a flamethrower, and a grabber.

The "T" in TBot1 stands for "Travis". Travis Brady was one of the texture artists that worked at Valve during Half-Life 2's development.

Based on files in the prototype and TBot1's creator, it is likely that TBot1 was a prototype of Dog. Both TBot1 and Dog were worked on by Travis Brady. A render of an earlier texture for Dog (which can be found in the prototype) shows that Dog would have an I and S-shaped object on one of his shoulders at one point. TBot1 has the same shape on a texture called "Shoulder".

Concept art in the uncorrected proof of Raising the Bar shows Eli Vance with a robot that looks like it would fit TBot1; both have two eyes, are bipedal, and the robot in the image has a large left arm, which would fit as a gun (which TBot1 has as well). Interestingly, the caption for the image calls the robot Dog.

The prototype contains models for two child workers; one male and one female. Both of them have a a Cremator head permanently glued to their right hands. The Cremator head can be stripped down into a gray ball (or vice versa) in the model viewer. They have animations featuring them loading the Cremator head onto something.

These models were meant to be used in a scrapped factory area at the start of the game, making Cremator heads. These were cut when the concept of the Suppression Field was created, which removed children from the scenario.

The Conscripts were conscripted soldiers that served the Combine, but were secretly rebelling (and would eventually openly rebel) against them. They served as the main military force for the Resistance before being replaced with rebel Citizens. They were led by Captain Vance, a character that was eventually merged into Eli Vance. They appear in several old maps in the WC Mappack.

Their AI in the leaked source code indicates that their AI was a copy of the security guard AI from the original Half-Life.

ANIMAL would be a hothead Conscript that would rush ahead of his comrades in order to defeat a sniper that had his team pinned down. Conscriptdemo.mdl uses the regular animations, while conscriptdemo2.mdl only has a wounded animation.

The maps these models were meant to appear in were last worked on in the middle of 2001, suggesting these models are very old.

Samuel is an Asian man in a brown outfit and gray pants that was cut from the game. He only has an idle animation, but according to Raising the Bar, he was intended to be the first Citizen that the player would meet. He would give a basic overview of the world while the player was heading to the train station at the very start of the game.

Though the character Samuel was removed from the final game, his face was refined and used for the final's Male 5 Citizen and a Counter-Strike: Source hostage.

Samuel's model uses an old model format in a default installation, making it impossible to see with the prototype's included model viewer. A custom model viewer is needed in order to view him.

The Worker is a man in a green and orange jumpsuit with the Combine logo on his back. He uses the Male 7 Citizen face and was meant to be used in the cut factory portion of the game. He only has an idle animation.

The prototype has a model for a Worker variant. This one was meant to appear on the Borealis. His suit is a darker green and sky blue, but he is otherwise the same as the regular Worker model.

He comes in regular and dead variants, with the dead model having blood and wounds on it.

Like the regular worker, the Borealis Worker only has an idle animation.

The dead Borealis Worker model can be found scattered throughout some Borealis maps made in 2002. 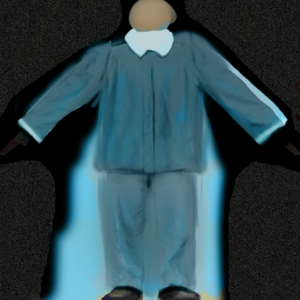 The "citizen/factory_sitting" folder contains textures for an unused Citizen. This one appears to be wearing a blue outfit with City 17's logo on his back. He uses a full-sized version of the face used on the Cheaple Citizen model in the final game. Based on the name of his texture folder, this Citizen would be sitting on a chair with a desk in front of him in the factories, an area removed from the final game. There would also be a piece of paper somewhere.

The model for this character is missing. The face texture for this NPC is a high-resolution version of the one used in the final's "cheaple" citizen model.

The overall shape of the Sitting Worker's texture is the same as the one used for Mossman's old body textures, suggesting the same artist worked on both of them. 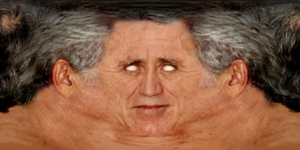 Inside the prototype is a folder named "Vance" with Male 8's face texture. This is the only remnant of Captain Vance, a character that was cut from the game. According to Raising the Bar, he was meant to be the leader of the Conscripts and was Alyx's original father. He was eventually merged into another character called Eli Maxwell to create Eli Vance.