From The Cutting Room Floor
< Proto:Jak and Daxter: The Precursor Legacy
Jump to navigation Jump to search

This is a sub-page of Proto:Jak and Daxter: The Precursor Legacy.

A demo from late in the game's development with only Misty Island as a playable level. It was released on two separate discs, including one as part of a promotion with Cingular Wireless. It was later released a third time on one of the official US PlayStation Magazine demo discs. It is dated September 18, 2001 compared to the final game's date of October 30, 2001.

The Blue Eco-powered platform has a different design. It also does not light up when it activates.

The Blue Eco orb container has a slightly different design.

Samos' glasses are reflective, instead of magnifying his eyes.

Mud Lurkers shoot red beams instead of purple ones.

Sandover Village is accessible with hacks and contains a number of differences to the final game:

A kind of cheat mode can be accessed in the demo by using hacks. It enables the player to activate certain abilities and features using button combinations on the controller, while also enabling some features without the need to press any buttons. It was most likely made by developers to be able to test the game easier.

All of the features below are only available while cheat mode is on.

A free camera mode can be toggled by pressing R1+R2+L1+L2 simultaneously. Jak will disappear if you turn it on, and will reappear at the camera's position when you turn it off. 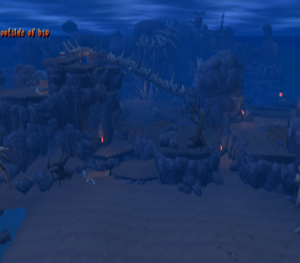 Several debug strings can appear at the top-left corner of the screen. They appear automatically if the debug mode is activated and are not affected by any button presses. They mostly consist of warnings about any problems with the game. 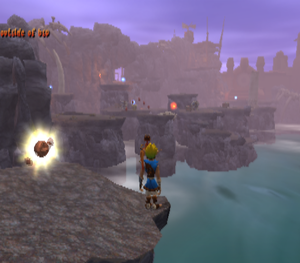 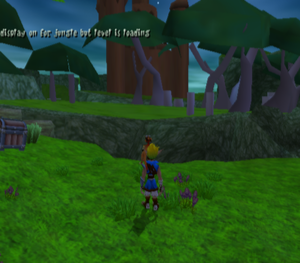 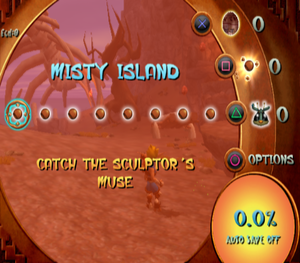 You can fly using R2. It works both on foot and when Jak is on a Zoomer. It uses the falling animation while Jak is on foot. 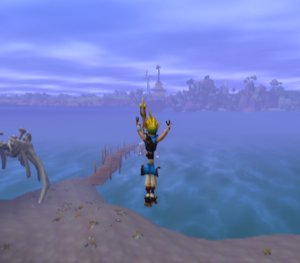 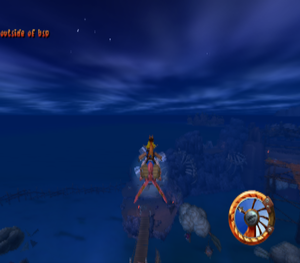 By pressing L2 while you are on a Zoomer, you can give Blue Eco clusters to Jak (one at a time), effectively increasing the speed of the Zoomer. 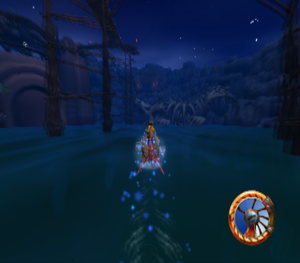 You can restore health by pressing R2 right after bumping into something, or giving/taking damage. You can also resurrect Jak by pressing the same button.

The health bar has a different design.

The bottom right progress meter has a different design. The progress percentage uses decimal numbers instead of whole ones.

Instances when the audio is different from the final game:

Catching the Sculptor's Muse plays the Power Cell collecting music and there are no background sound effects.

The Zoomer makes a generic crashing sound on both water and ground. There is also a generic sound when crashing into walls.

Picking up a cloud of Green Eco.

There are no sound effects for the following events:

Most of Keira's lines show variations of the amount of Power Cells needed to progress in the game.

The following cutscene audio files have other notable differences about them:

Gol's line in the opening cutscene. His voice has not yet been edited.

Two scenes where background voices and sounds can be heard, presumably from the recording studio.

Music files for a number of levels are present, with differences from the final game. Below we are only mentioning music that is audably different.

Many of the sections of this track are separated into variations in the final version.

The temple theme is also different, it does not loop properly.

It has more instruments playing than the final version.

The reverb effect of this track is different in this prototype. Its variations are also missing.

The final version has a silent beating for the sculptor variation of this track, but it is missing from this prototype.

There is an additional instrument playing in this prototype that is not present in the final version. It also plays during the variations.

One of the drums in this track has a different pitch. The variations are also missing.

The file 0COMMON.TXT has text strings that differ from the final game.

It indicates that 45 Power Cells instead of 72 are needed to progress through Lava Tube. In addition, The Geologist is called The Researcher, Maia is spelled Maya and Klaww is spelled Klaw.

Retrieved from "https://tcrf.net/index.php?title=Proto:Jak_and_Daxter:_The_Precursor_Legacy/September_18_2001_Demo&oldid=1017828"
Categories:
Cleanup > To do
Subpages