This prototype of LEGO Racers 2 is around two-thirds of the way through development; as such, many of the changes between it and the final game are related to bugs, graphics, or removing content. 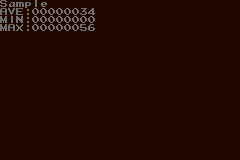 At this point, the language select is bare-bones, defaults to French, and doesn't actually change the language. 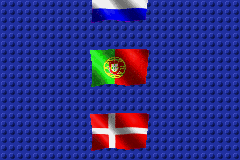 In addition, there is a Portuguese option that was removed in the final game. 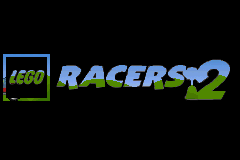 In the prototype, this little animation appears before the title screen. The player can dismiss it by pressing Start.

All of the menus were changed in some way; 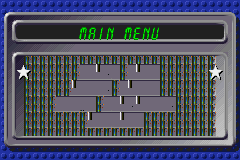 The options themselves were reorganized; the bonus games were moved out of the Special Games menu, and had its position replaced with Battle Game. In addition, Build Something was renamed to Construction Game. 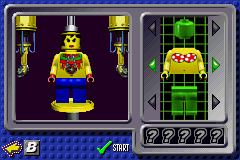 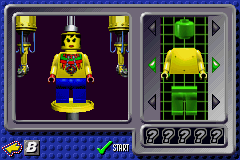 In addition, two beach shirts were removed from the final game.