From The Cutting Room Floor
< Proto:LittleBigPlanet 3 (PlayStation 3)
Jump to navigation Jump to search

This is a sub-page of Proto:LittleBigPlanet 3 (PlayStation 3).

A private beta of LittleBigPlanet 3 sent to various community members for bug testing purposes. Dated August 6th, 2014, this build predates the game's launch by about three months. While only one Adventure Mode level and five Popit Puzzles were supposed to be playable during the beta, this build contains every level made for the game up to that point, most of which can be accessed via glitches.

The developers attempted to stop beta participants from playing this build after the beta period (which ended on October 31st, 2014) with an always-online requirement and a "Press PS Button to return to the Home Screen" message upon attempting to play whilst signed into PSN after the shutdown date. The always-online restriction seems to have been very poorly implemented though, since it can be easily bypassed by pressing Start on the "Oh No! Youʼre not online." screen whilst signed out of PSN.

The early Powerup Pedestal description mentions the Throwable Handle, a gadget that was removed from the game. The description was heavily simplified for the final game.

The Preloader's description was changed to reflect the shift from "Infinite Level" to "Dynamic Thermometer".

As with the Preloader, the Permanency Tweaker's description was changed to reflect the shift from "Infinite Level" to "Dynamic Thermometer".

The Magical Tools sound effect is completely different in the final game.

Newton was originally voiced by Rik Mayall, though he passed away before finishing his lines. Hugh Laurie was later brought in to voice Newton instead, and all traces of Rik Mayall's work were completely removed from the final game. Since this build was created before the voice cast was finalised, a few bits and pieces of Rik Mayall's voice work can still be found in the data, including early dialogue, gibberish voices and emotivox sounds.

bluepints_icon.tex is a placeholder background icon relating to blueprints. Blueprints seems to be an internal name for the game's Contraption Challenges.

pp_science_background_icon.tex is a placeholder background icon which suggests that multiple backgrounds were planned for the Popit Academy. There's only one Popit Academy background in the final game, and it's themed after a kindergarten.

Music icons for Anger, Drumming: Part II and A Scene of Plenty. These tracks cannot be added to the player's Popit legitimately, and the levels these tracks were associated with cannot be accessed through normal means in this build, thus these icons being unused. 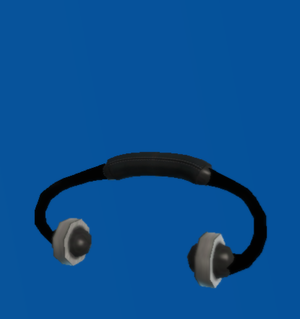 gamedata/lbp2/unthemed/gadgets/saddel/saddel2.mol is the model used by the removed Saddle tool. 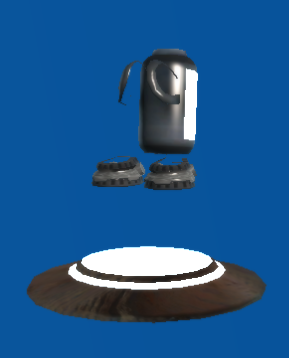 gamedata/lbp3/mesh/mesh/dash_boots/monstersinc_rocket_boots_collectable.mol is an early model of the Boost Boots powerup pedestal. The boots have a different design, and an energy tank similar to the one on the Creatinator can also be found. It has an animation of the powerup spinning around. Its filename suggests that it might've been planned for a Monsters, Inc. Level Kit at one point. It can be seen at the beginning of the 'Boost Blaster' level as a stand-in for the final Boost Boots pedestal.

gamedata/lbp3/__book1/mesh/mw_ball_bug_01/mw_ball_bug_01.mol is a model of a neon ball inside a mechanical hoop. It has an animation of the ball spinning around.

Several stickers present in the beta were removed from the final game.

A professor-type character intended to be used in the Popit Academy to teach players how to use various Create Mode tools. Larry Da Vinci and Victoria von Bathysphere from LittleBigPlanet 2 serve that purpose in the final game, leading to this character being completely removed. He can be found at the beginning of the 'Boost Blaster' level as a placeholder for Pinky.

gamedata/texture_library/ui/electronics_logic_save_chip.tex is an icon for a gadget referred to as the "Save Chip".

gamedata/lbp3/misc/mesh/speaker/speaker_nova_icon.tex is a Popit icon based on the Sound Object model found in the same directory. While this icon was updated and used by the Sound Object in the final game, it goes unused in this build due to the Sound Object referencing the icon for the "Tools" sound object from LittleBigPlanet 2 instead.

Early textures of Nana Pud can be found in gamedata/lbp3/character/nana_pud/.

Many decorations present in the beta were cut from the final game.

There are tons of hidden Pins that were removed from the final game. Although the Pins menu itself is inaccessible without modifications, some of these Pins are still awarded when their requirements are met. A handful of these have unique graphics associated with them, but the vast majority reuse the Creatinator Pin's graphic instead. There are even a couple of duplicates of the Creatinator Pin from LBP2 mixed in with LBP3's "Play - General" and "Create" Pins.

A number of Materials were removed from the game after this build.

gamedata/audio/lbp3_streaming.fsb contains several Adventure Map jingles meant for The Ziggurat and Bunkum Lagoon. These sound a lot more ambient than most of the ones heard in the final game, usually being comprised of one or two instruments each. No jingles appear to exist for the Prologue or Manglewood in this build.

There are 15 jingles associated with The Ziggurat's Adventure Map, reduced to 10 in the final game.

There are 29 jingles associated with Bunkum Lagoon's Adventure Map. The latter 13 are labelled "Bunkumv2", reduced to 10 in the final game.

A couple of levels in this build were completely removed from the final game.

Stitchem Green Bad (found in gamedata/lbp3/official_adventure_levels/01_prologue/05_stitchem_bad/stitchem_bad.bin) was a level intended for the end of the Prologue that was meant to teach players how to use the Organisertron. Since this level was removed from the final game, the Organisertron tutorial was moved to Manglewood Swamp, where it plays upon entering the level for the first time.

Ziggurat Blueprint (found in gamedata/lbp3/official_adventure_levels/03_ziggurat/q05_ziggurat_bp/ziggurat_bp.bin) was intended to be the second Contraption Challenge hosted by a character named Marina, in which the player builds a boat to evade the Rabid Swan. The obstacles are randomly generated each time the course is attempted, and the goal is to score at least 5,000 points before the player's boat is destroyed. While the level was removed after this build, Marina's costume was made available for purchase in Zom Zom's Ziggurat Shop, and the boat pieces can still be found in the final game's data, albeit unused.

A similar level can be found within the same directory in the PlayStation 4 version of the game, though this iteration of the level goes unused.

Found in gamedata/audio/lbp3_gibberish.fsb are several gibberish voices, most of which are for characters that didn't make it into the final game.

The vast majority of dialogue found in this build is placeholder text-to-speech, but a lot of the dialogue intended for cutscenes never actually gets used (they use gibberish voices instead). There are a number of interesting lines that appear to follow an early draft of the game's script, and even a handful of lines that are fully voiced.

Licensed music tracks that, for one reason or another, never made it into the final game.

scene_of_plenty.fsb is an instrumental version of A Scene of Plenty by Keston Cobblers Club, and was originally used in "Needlepoint Peaks". The final game uses Race Against the Sunset by Lullatone instead, leading to this track being completely removed.

angry.fsb is Anger by the band Skinny Puppy, and was originally used in "Challenge Room: Bear With Us". The song was completely removed from the final game because it didn't fit with the rest of the game's soundtrack. It was replaced with Rodent (DDT Mix - Ken Marshall Remix), another song by Skinny Puppy.

rum_hee.fsb is a version of Rum Hee by Shugo Tokumaru with the vocals intact. The final game only has an instrumental version of this song instead. This was also used in "Challenge Room: Bear With Us", when the lever at the end is pulled. This was replaced with Trois Gymnopedies (First Movement) by Gary Numan.

drumming_pt2.fsb is Drumming: Part II by Steve Reich, and was used in "Challenge Room: No Drain, No Gain". The final game uses Every Morning by Keith Kenniff instead.

Retrieved from "https://tcrf.net/index.php?title=Proto:LittleBigPlanet_3_(PlayStation_3)/Private_Beta&oldid=1282916"
Categories:
Cleanup > To do
Cleanup > Works In Progress
Subpages