This page details one or more prototype versions of Metroid Prime.

In 2002, Nintendo released Version 7, 8 and 9 of their in-store kiosk disk, which included a Metroid Prime demo.

An unfinished title screen menu can be accessed when byte 0x1b in the game tweaks is set to 00. This title menu uses the rest of the older background videos left on the disc after the ones for the demo finish. The menu is very barebones, offering functionality to start a new game or load one of three saved games or change a limited selection of options. Notably here the title screen lets you choose what world to spawn into, though there is only one world available in the demo (frigate).

Along with the unfinished title screen and build date, a debugging tool to teleport to any room visible on the map is present. When the code is activated, pause to bring up the map and highlight any room (going to the map station first makes this more useful). Press Z to load into the highlighted room at the normally unused spawn points placed in those rooms. You will spawn with whatever item loadout the spawn point has set.

Most notably, the title screen is much darker (due to the "scanlines") and the logo in the center is different from the final version. There is no file select screen because this is a demo. However, videos of the transitions from main menu to file select screen, etc. to etc. exist in the final game's files.

The prototype lacks a save function; all Save Stations are disabled.

The world map in the demo is unfinished and contains remnants of an older world layout for the game. At this time, the world map only contains Tallon Overworld (middle), Chozo Ruins (bottom), Phendrana Drifts (right), and Phazon Mines (top). According to internal room names, Magmoor Caverns was once part of Tallon Overworld. It is unknown if the Crashed Frigate was implemented yet.

In the final, the HUD is much brighter, enhancing the 3D effect. The energy bar was changed, with the extra energy tanks and the bar switching places, and the word "Energy" being moved from the right to the top of the HUD. The beam icons lack their respective colors and have a turquoise color instead. The edges of Samus' helmet are also different, being more curved than in the prototype. Blue lights were added to the bottom, and the frame was brightened.

In the prototype, the message in the opening reads "Orbit inclination 51.60" 226 kilometers above the planet tallon IV." and has a different, blue-coloured font, while in the final version it reads "Unidentified distress beacon has been tracked to a derelict space vessel in orbit above Tallon IV" in a white font different from the one in the prototype.

Sounds ripped from the demo:

All beams in the prototype vary somewhat from the final version. 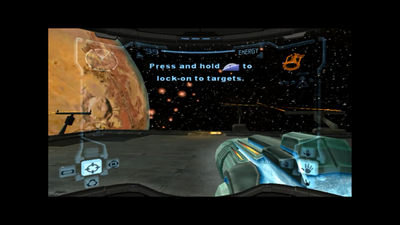 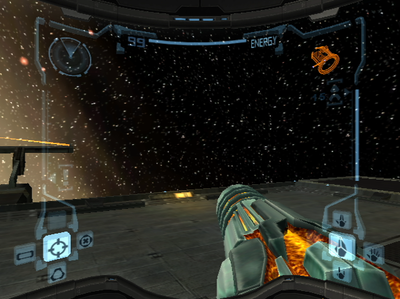 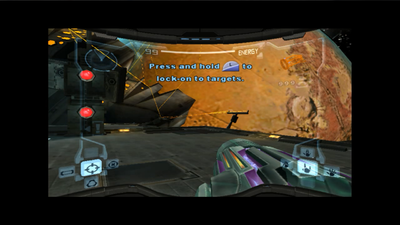 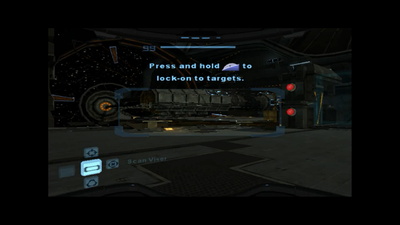 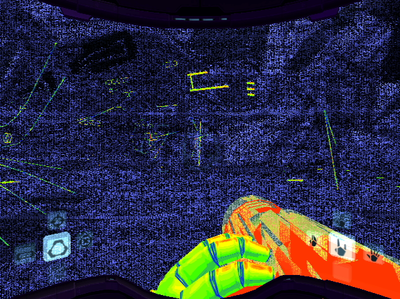 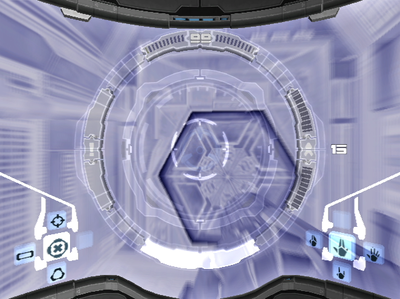 Present in the videos directory is an unused movie of what appears to be a very old main menu screen loop:

A variation of this early logo (without the subtitle) appears in image 6 and 7 of the Metroid Prime gallery on the "Nintendo GameCube Blockbuster Preview Disc 2002" DVD.

No other worlds (like Phendrena drifts and Tallon IV) are present on the disc. No "extra" rooms are included in the Space Pirate Frigate.

While inaccessible in normal gameplay, most of the final's equipment is present, coded, functional, and can be activated using Action Replay codes:

As mentioned above, this area of memory holds several more flags and values that toggle or otherwise change the available equipment, such as the current amount of Energy Tanks. 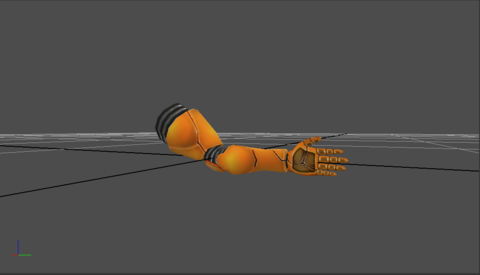 An early version of the Varia Suit featured pads on the left hand. 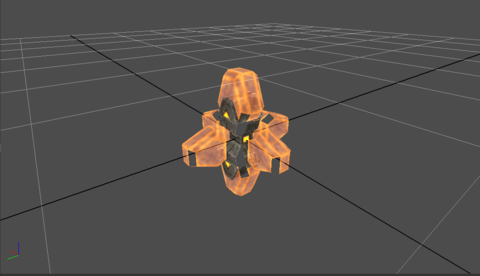 An unused pick-up model with an unknown purpose.

These models were used in the demo, but not in the final game. 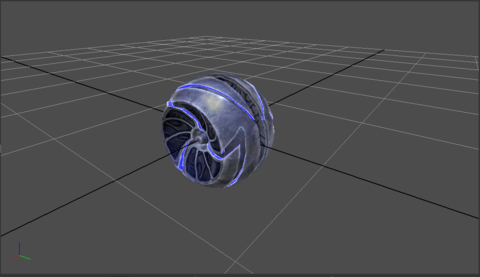 A morph ball exclusive to the demo. The color scheme suggests it's meant for the gravity suit, however there is no further evidence to support this theory. 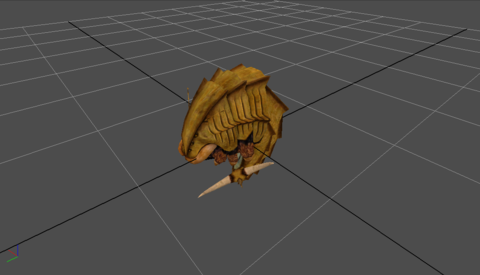 An enemy named Sova that appeared in the demo but never made it to final. 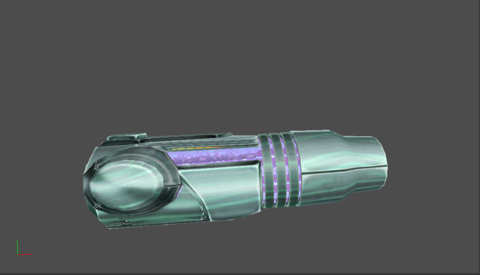 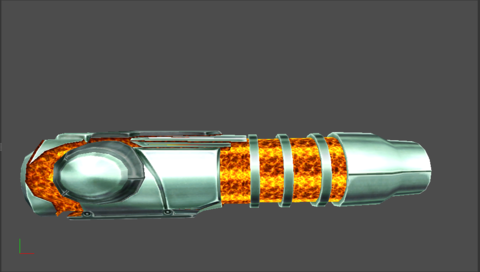 While the inventory screen is not accessible, there are unused strings for it, containing descriptions of some items.

Full Walk-through (with all items)

This video comes with a full walk-through with explanations:

This video shows how to do a glitch in the room "Bio Tech". This glitch is not present in the final game.