This page details one or more prototype versions of Metroid Prime 2: Echoes.

The demo follows the same room order as the E3 demo, which is completely different than the final game. This is most likely just for the demo and not signs of an older design, as room numbers are out of order and videos of the game dating before the demo are in the final order. The available demo ends when you enter the light portal in Feeding Pit, while the E3 demo goes through that portal and continues on to Dark Samus. Because of this, there are 7 rooms that go unused in the demo. The rooms are Biostorage Station, Security Station A, Bioenergy Production, Ventilation Area B, Save Station C, Sand Processing, and Main Reactor. Defeating Dark Samus in Main Reactor causes the game to crash. 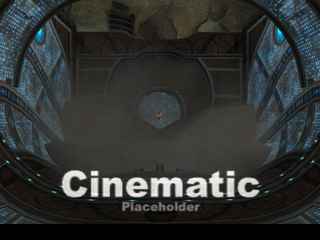 By enabling a disabled layer in Sand Processing, it is possible to activate an unfinished cutscene, which drains the sand from the room to allow access to a missile upgrade.

After completing the demo, it plays a different version of the "Mission Final" screen. The music is brighter, and in place of the completion percentage and time it only says "Mission Complete".

The Imploder was an earlier Annihilator Charge Combo, which was replaced by the Sonic Boom. The description for it is different from the Sonic Boom, where the Sonic Boom would instantly travel to its target and create an effect looking like a shattered pane of glass. It is worth noting that the combo costs 10 dark and light beam ammo as well. The Sunburst and Darkburst both cost the respective 10 dark or light beam ammo, as well as 10 missiles. The final game requires 5 missiles and 30 of the corresponding ammo type.

The demo has audio tracks in three different formats: the first is very similar to the first game's DSP and the three files that use it (dark.dsp, first-ruins.dsp and ridley.dsp) are all tracks from Metroid Prime, and are unused in the demo.

The second is used only by samusjak.rsf and samusjak_edit.rsf, the "Record of Samus" themes from Primes 1 and 2 respectively.

Tracks using the third format (the one actually used in the demo) are listed below.

This track is unused in the demo and has no counterpart in the final game. It features the Dark Aether themes' characteristic moaning and percussion from Dark Agon Wastes. It's either an early Agon Wastes theme, or a generic (possibly placeholder) track for all Dark Aether regions before they were given unique BGMs.

Used in the demo's landing site. An early, minimalistic variation of heishi32.dsp, which in the final game is used in Hive Tunnel and Command Chamber.

Part of "Prologue" from Metroid Prime, except it starts in the middle of the track, and loops.

A dialogue sequence intended for the 'last stand' cutscene.

An early version of the title screen BGM. While not present in the final game's files, this mysteriously reappeared unused on the Trilogy disc as METROIDPRIME2_32.fsb.

The multiplayer version of the menu music which has different mixing: the bass is almost inaudible, and the choir is quite loud.

The music track (minus sound effects) of the cutscene openPartOne.thp.

pirates_kyu-3-32.dsp is the final game's Space Pirate battle music. This earlier version has different percussion around 1:15.

Despite its potentially misleading title, this is actually "VS. Metroid Prime (Head)" from the first game with different mixing (i.e. louder).

The Agon Wastes theme. It's almost the same as the final, except the looping bug is different (less noticeable here).

Thardus's theme from Metroid Prime, as you probably guessed. This version fades out near 1:25-1:30 only to return suddenly to its regular volume. 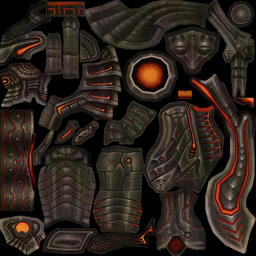 An E3 trailer shows a Luminoth featuring this "dark" Luminoth texture. Although this texture exists, there is no model present in the demo. It has been specifically stated that this was an older design.

As an extra function of having the Boost Ball, targeting an enemy close to you and morphing causes Samus to instantly morph and shoot towards the enemy. Although you do have to be close to an enemy, it made it possible to reach higher ledges that should normally be inaccessible and would be easily exploitable. This may have been why it was removed.

Many of the names of soldiers in the GFMC Task Force Herakles are different in the demo. The names match up with names of developers, which can be seen in the credits.