This page details one or more prototype versions of Mickey Mania: The Timeless Adventures of Mickey Mouse (Genesis).

A prototype build that was made in July 1994. It was dumped by SNEAKERS. 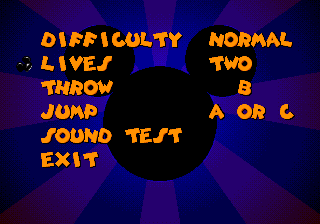 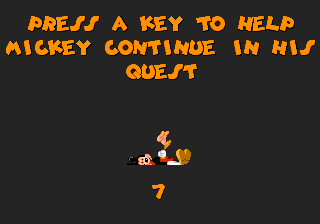 The game boots up with a basic SEGA screen instead of the one from the final, then cuts straight to the menu without any title screen or anything.

An unused track that doesn't play in any of the stages or screens, and isn't even accessible via the sound test. It's an arrangement of Trepak, the Cossack Dance from the Nutcracker Suite originally composed by Tchaikovsky, also featured in Fantasia, and is possibly a placeholder for what would become the "EOL BOSS 2" theme in the final version.

To listen to the music, set RAM address $FFFFF981 to 0x7E, or use Action Replay code FFF981:7E and turn it on, then disable it. 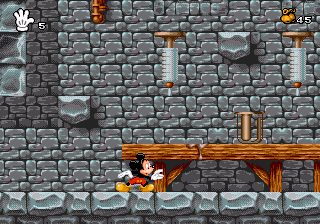 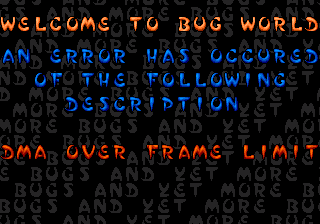 Mickey and the Beanstalk

The Prince and the Pauper 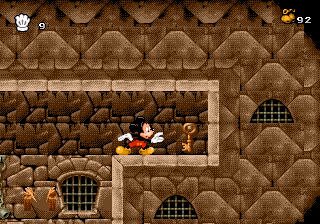