This page details one or more prototype versions of Might and Magic IX: Writ of Fate.

This prototype of Might and Magic IX was built on or shortly after December 20, 2001, as a lot of the files have that date. Unlike the final game, most of the debug features work here, allowing the player to explore freely.

The prototype has two launchers, both looking slightly different.

Present in the settings, it allows to set the control scheme to one which is similar to the previous games. 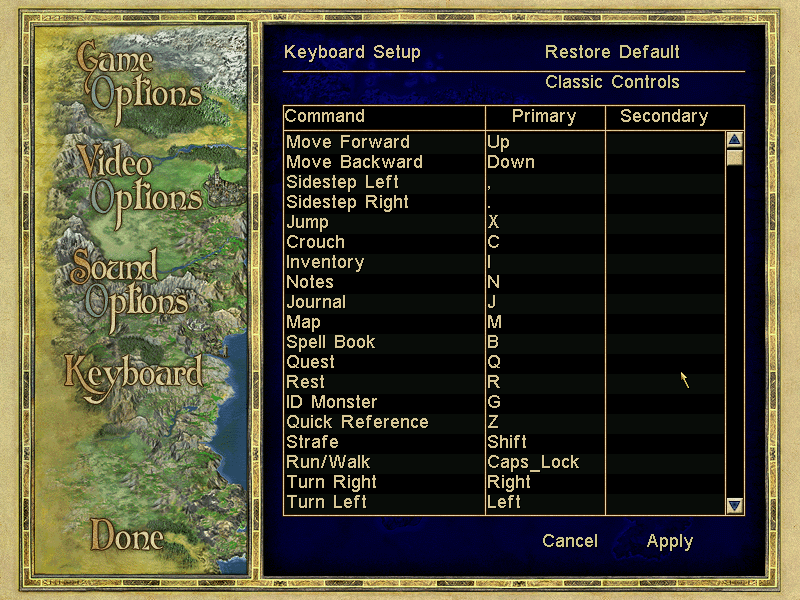 The difference is that the previous games had hybrid controls, using the mouse for point-and-click elements instead of mouse look. The classic scheme there handles it differently by setting mouse look as main mode and allowing to toggle by pressing the L key. When pressed, the mouse cursor appears and allows to click on things while mouse look is disabled. While point-and-click mode is on, the arrow keys used for turning do not work.

Allows you to fly around the map using free camera. While in this mode, the player model (the Warrior-class character from Legends of Might and Magic) is placed at the initial position. 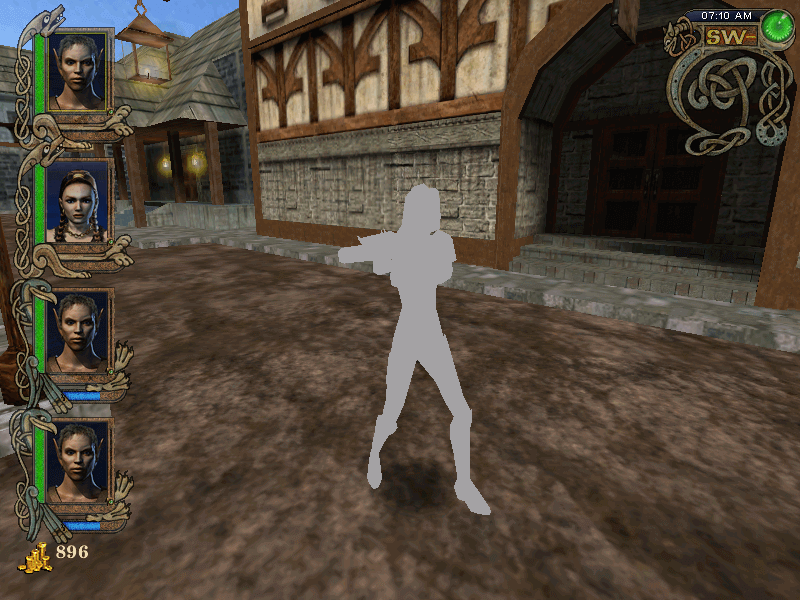 At this point, the Lich portraits are holdovers from Might and Magic VIII.

Liches also have only half of the frames that are present in the final release.