This page details one or more prototype versions of Ni no Kuni (Nintendo DS).

This page is heavily indebted to GlitterBerri for her awesome work on the translated descriptions.

For the Tokyo Game Show 2009, Level-5 presented a Nintendo DS demo containing extended demos of the then-upcoming Inazuma Eleven 2, Professor Layton 4 (as well as London Life, but as an unlockable), and Ninokuni. The demo has since been leaked and dumped as an unnumbered DS ROM release. It has many differences from the final, and the TGS 2010 demo later released.

The Ninokuni gameplay demo has a short textual introduction resuming the events leading to Oliver's arrival to Ninokuni. It covers the first dungeon (North Woods) and the first town (Goronail Kingdom). Upon finishing the castle guard side-quest, the demo cuts to a VA credit screen with a "Congratulations!" screen and some snapshots from the animated cutscenes, then resets. 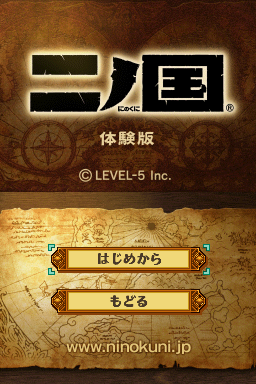 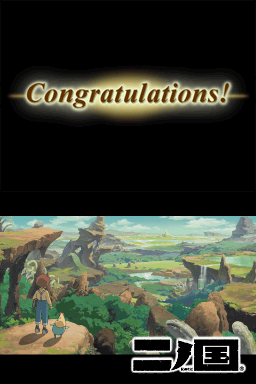 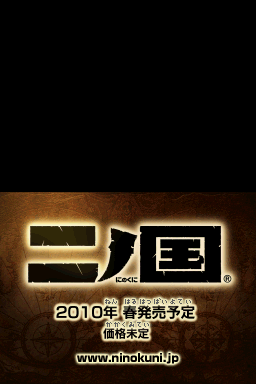 The TGS 2009 demo has only the forest dungeon, the Basiruna plains area of the overworld, and parts of Goronail's kingdom city. The overworld is different from the final version and is more closed off, but extends beyond what's normally accessible. The encounters have a much higher rate and are invisible and unavoidable - this was addressed in the final version.

It has four options, as opposed to two (Rune Drawing, Spell List) in the final. The two extra options are for viewing the Key Item menu, and the Magic Master. 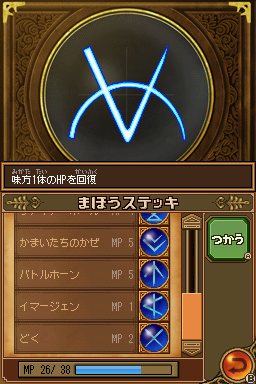