From The Cutting Room Floor
< Proto:OutRun 2019
Jump to navigation Jump to search

This prototype is marked as a bad dump by no-intro; they don't say why, but at first glance, the actual game portion appears to be untouched.

Once again, before using patch codes, you must disable the checksum check with 3B2:4E75 (any emulator).

Perhaps the most notable difference is that Junker's High saved names, times, and replays, while OutRun 2019 does not. Even better, saving appears to have been fully completed by the time this prototype ROM was built, and is fully functional! 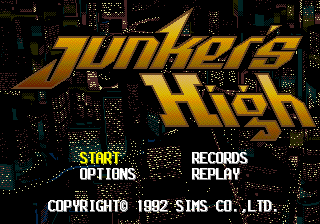 The first difference is that the main menu has an extra option, Replay. (The unused third jump table entry described in the Dorago Quest V screen section of the main article was originally for this option.) This option goes to the Save Game screen, discussed later. 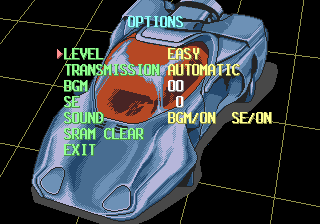 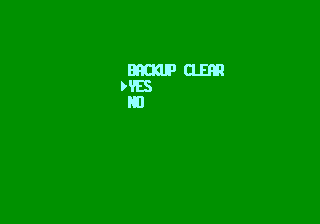 The Options screen has an extra option, "SRAM Clear". Moving the cursor to this option and pressing A, B, or C (but not Start) will open a new screen which asks if you want to clear the save memory. You can use A, B, C, or Start on this screen to make a selection and the save memory will be cleared if you choose Yes. After this screen you are taken back to the Options screen.

The Name Entry screen will allow you to create new save files. This feature is fully functional and works as it does in the final version, except since names are stored in SRAM, names will persist between power cycles. 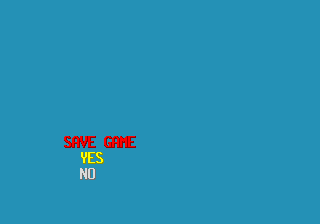 After completing a race but before the Try Again/Exit screen, a screen will pop up asking you if you want to save a replay of that race; it will then take you to the Save Game screen to choose a replay slot (discussed below) to save to. 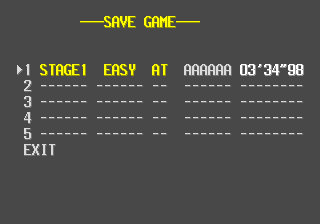 This is the Save Game screen, where replays are stored. Replays are not tied to names, and there are five available replay slots to use. If you get to this screen by choosing Replay from the main menu, you can select a replay to watch. The only button that does anything during replays is Start, which pauses the replay and gives you the option of going back to the Save Game screen.

Finally, the Records screen will maintain overall records in SRAM.

Once again, you should hear a different sound effect if you did it right. Four things happen this time.

This time, the Sega logo does have a cheat: if you press B+Start at the Sega screen at the same time (if you do this wrong it will just move to the SIMS screen), you get taken to the Data Loading screen from the Dorago Quest V screen (but see below for important notes). 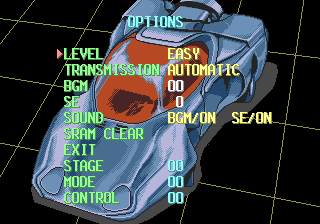 The CONTROL option is identical to the final, but the debug HUD is slightly different this time: field 8 (according to the numbering used by the main article) shows the word at $FFF32A instead of the word at $FFF300; this is still shown in the same format as it is in the final (as a hexadecimal number shown as the low word of a longword whose high word is zero). This value is not shown elsewhere on the HUD (as the value shown in the final is), and its meaning is unknown.

The C+Start pause trick to reset from the final is still present. 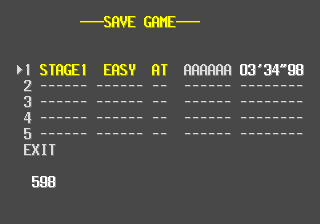 There is a new effect: with features enabled, the Save Game screen now has a number on it, below the Exit option. What this number means is unknown.

While the ending is present, it is in an unpolished state, and the hidden HERTZ CORP. credit from the final is always visible.

The Dorago Quest V screen is present here in its final form, with the same behavior for all the settings (and even the same invalid level). 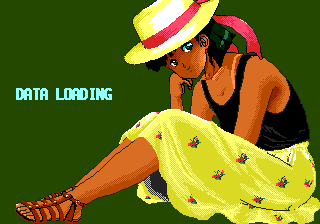 Junker's High uses a more basic SIMS logo screen than any of the later versions, or any other SIMS-published game on either the Mega Drive or Mega CD (which all use the newer logo, or in the case of Capcom no Quiz Tonosama no Yabou, an animated version).

The staff roll text is unpolished, with roles in all lowercase (except for the first letter), some spelling and grammar errors, and all music said to have been composed by Sako and produced by K.Kato. The final fixes these errors and credits music to many different pseudonyms.

In addition, your name is not shown in the credits at the beginning; it is hardcoded to say YOU (default name if No Name is selected from the menu) instead.

Retrieved from "https://tcrf.net/index.php?title=Proto:OutRun_2019/Junker%27s_High&oldid=911849"
Categories:
Cleanup > To do
Subpages