This page details one or more prototype versions of Panzer Front (PlayStation).

This is a demonstration version included in an appendix CD of a magazine, "電撃PlayStation"(Dengeki PlayStation) D26 that was published in December 24, 1999.

The demo version generates AP/HE collide debug text like the following text. The final version doesn't have this feature.

There are 4 tanks and 4 missions. This select scene is only in this version. 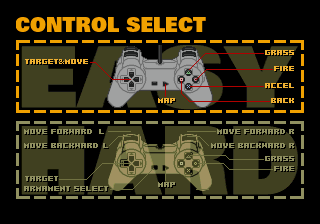 This screen was only in this version too but, Tiger II mission skips this screen, and Set HARD mode which is the same as "Ace" in the final version. 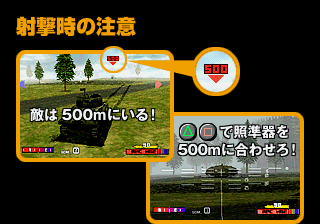 When you select "HARD" to display this screen.

All mission briefings have a small map in the final version but this version is Tiger II mission only.

This sound will play before start battle scene.

This message will be displayed when the enemy becomes few in all missions. The final version removed it.

Development Text is the same as final version.

There is some unused tanks in this version, but used in the final version.