This is a sub-page of Proto:Ratchet & Clank (PlayStation 2).

The E3 demo of Ratchet & Clank was handed out to attendees of E3 2002. With its build date of April 7, 2002, it represents about 5 months worth of development time and was the first build released to the general public. Despite being a very early build of the game, it is a milestone for its development cycle - many elements seen in pre-release footage was finalized or removed from the game by this point. 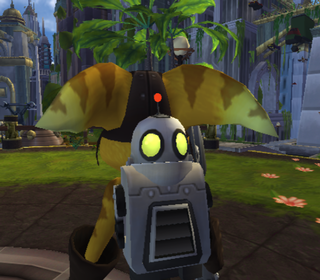 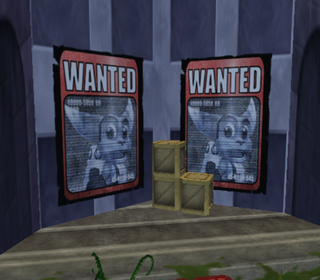 With the exception of the Pyrocitor, Blaster, Glove of Doom, and Devastator, all of the weapons in this demo are different in one way or another. 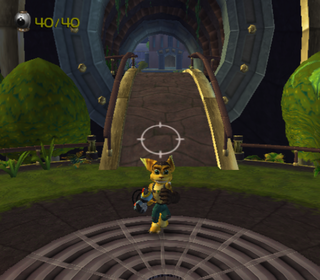 Another clip from Army of Darkness.

Scorpion from Mortal Kombat shouting out his infamous catchphrase. 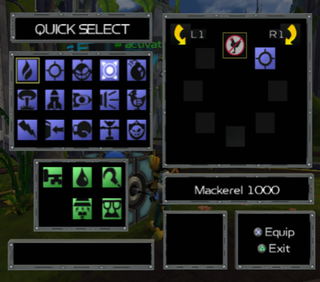 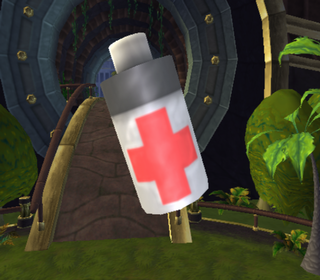 With the exception of Aridia, all of the levels had different names at this point in development, most of them placeholders.

%s is the conversion specifier for strings in C. The following location names were found elsewhere in the game's data:

An early debug menu is accessible by editing the following memory addresses (using a memory editor like Cheat Engine):

This debug menu is missing some of the functionality present in later prototypes and the final game.

Debugging cheats can be enabled by editing the following memory address:

Once cheats have been enabled, press L1+R1+L2+R2 to unlock all weapons and gadgets, including ones not normally available in the demo. This includes some weapons and gadgets which have different names and/or function differently than they do in other builds.

Before Ratchet's interplanetary spaceship could warp you to different planets/levels, there was a level select screen. Not much use here since the E3 demo only contains one level, but it's interesting nonetheless.

You can activate this level select screen by pausing the game and editing the following memory address: 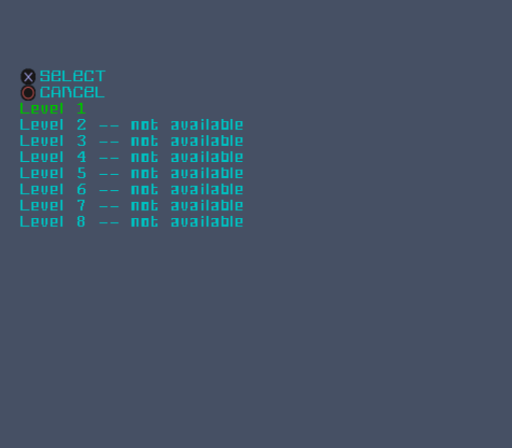 Rilgar was going to be named Planet Blackwater at one point - the lip synch animation in the final game still reflects this. Also odd is the fact that Darla Gratch says "Channel Sixty-Four News", but her microphone has the number 2 on it.