From The Cutting Room Floor
< Proto:Ratchet & Clank: Up Your Arsenal
Jump to navigation Jump to search

This is a sub-page of Proto:Ratchet & Clank: Up Your Arsenal.

Internally referred to as Beta 1108, this prototype is dated August 11, 2004, three months before the final release. Download it here

A list of game modes, one of which points to a debug menu.

The intro cutscene is very incomplete. 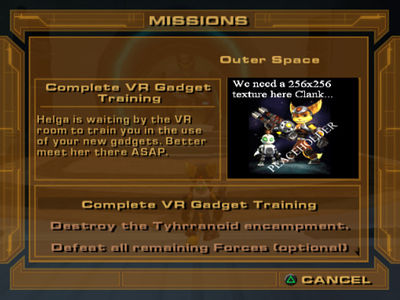 The menus are filled with placeholder graphics and leftovers from Going Commando.

Veldin doesn't have very many differences from the final, unfortunately. 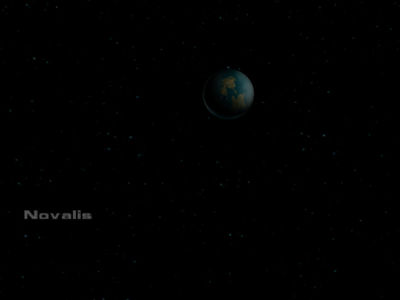 Upon arrival at Veldin, the game labels the planet as Novalis, but it uses Florana's graphic. 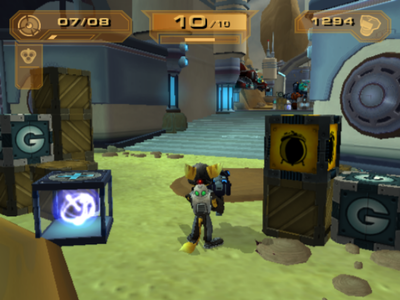 There was a jackpot crate that was removed in the final version. The design of the crate was also changed, though the final game still uses this early design on the slot machines in Holostar Studios.

The Inferno Crate does not give Ratchet the Infernox Armor. 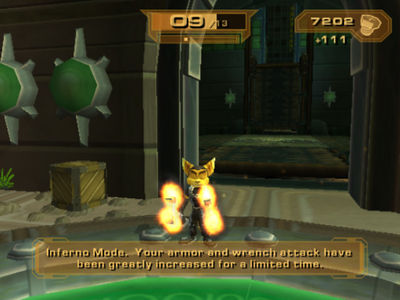 During the fight with Qwark, he was going to taunt you originally, throwing a variety of insults. These can be heard below.

Why you... cheating little dung beaver!

Don't worry little dung beaver! This all be over soon!

You will wish you back in Path of Death!

Okay! Okay! Steve give up!

You make this too easy for Steve! 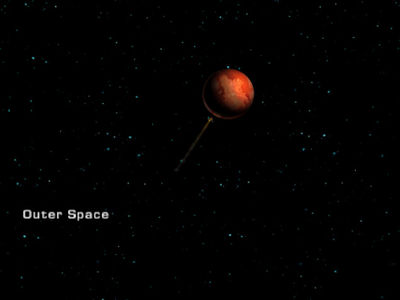 Placeholder graphic and name for the Starship Phoenix. 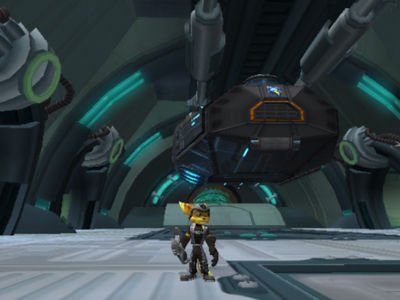 The dropships for the Galactic Rangers had Qwark's logo on the back originally. 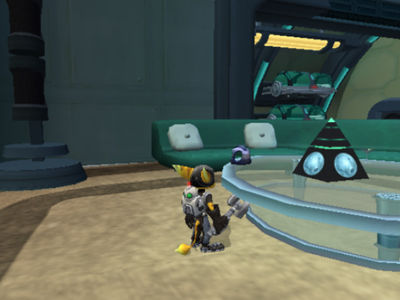 The Insomniac Game Pyramid seen in Going Commando makes its return as a placeholder model. Sadly, it cannot be smashed this time. 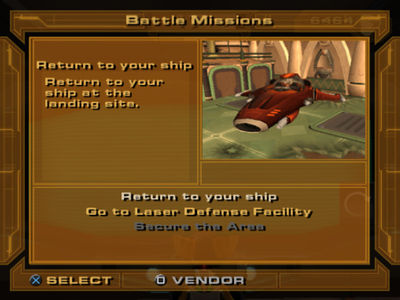 The missions for the Galactic Rangers were completely optional at one point.

Unfortunately, Daxx crashes the game upon trying to enter the level because somebody over at Insomniac forgot to put in the files for the level. All levels after Daxx are missing from the ISO as well.

Originally, you could see Skidd McMarxx, as an organic lifeform, having an interview with Darla Gratch.

Leftovers from Going Commando referencing two scrapped weapons, and an unknown third one.

This was most likely removed for being too overpowered.

These lines suggest it was once possible to upgrade your wrench by simply using it.

It is actually possible to upgrade the wrench in Beta 1108. However, you upgrade it by using other weapons instead.

At one point, there was going to be a 6th Qwark Vid-Comic. At this point, however, it has already been scrapped.

Slim Cognito was going to sell the RYNO to the player at one point.

Zeldrin was presumably going to host this Turboslider race. The Nano-Pak is still found on Zeldrin in the final game.

The Obani Moons originally had a hovership segment before landing.

A removed mission involving "Ape-like creatures" on Daxx, likely referring to the scrapped enemies seen in the final game's Insomniac Museum. While they are fully functional (along with a swarmer enemy), they were cut due to being too complex for a pair of enemies that would only appear in one level.

A Tyhrranoid conversation not used anywhere in the game. It talks about the rather... disgusting diet they once had. It also references the CEO of Insomniac Games, Ted Price.

Retrieved from "https://tcrf.net/index.php?title=Proto:Ratchet_%26_Clank:_Up_Your_Arsenal/August_11,_2004_build&oldid=657103"
Categories:
Cleanup > To do
Cleanup > To investigate
Cleanup > Works In Progress
Subpages