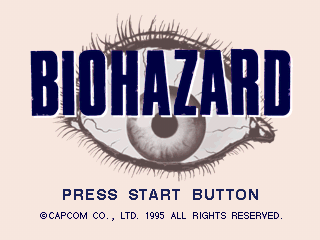 This early prototype of Bio Hazard (Resident Evil outside Japan) is a very close variant of the build showcased at the Japanese V-Jump Festival in 1995 [1], with some minor differences from that. Being the earliest prototype of the game available to play, every element seen is at the primordial level, with a vast amount not implemented, and buried within hides even some pieces of a previous incarnation involving a different scenario and gameplay features. 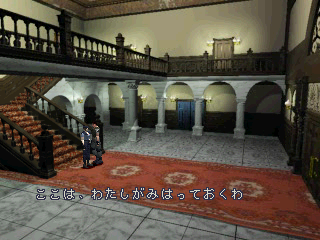 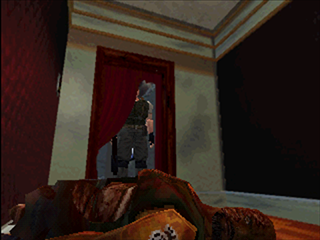 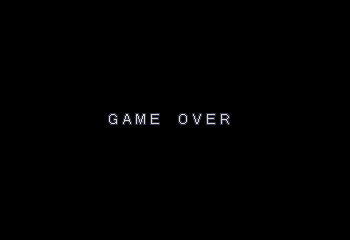 The DATA folder contains unused graphics for an early status screen. Portraits for the scrapped characters Gelzer and Dewey are still in this build. The following text is also present in this sheet, the first 7 entries seemingly used for commanding your character or teammates:

Note the different placeholder items present on the status screen: 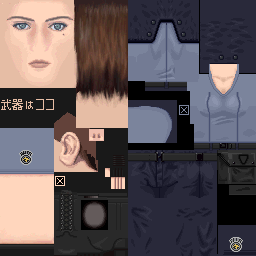 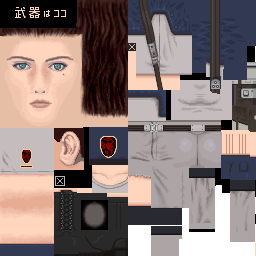 This texture is also present although the model for it is missing. It is the costume with the torn pants as seen in previews screenshots. There is a developer note on the texture, "武器はココ" (The weapon is here).

While no voice dialogue exists in this build, there are damage and death grunts for Chris and Jill. Presumably, these grunts were recorded when the game had a Japanese voice cast early in development and may, in fact, be remnants of that.

Retrieved from "https://tcrf.net/index.php?title=Proto:Resident_Evil_(PlayStation)/August_4,_1995_Prototype&oldid=1191954"
Categories:
Cleanup > Stubs
Cleanup > To do
Subpages