This is a sub-page of Proto:Resident Evil 2 (PlayStation). 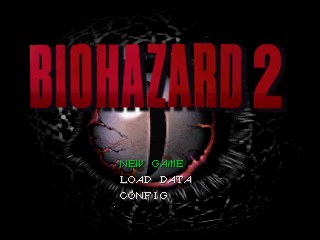 Resident Evil 1.5 was what producer Shinji Mikami dubbed this first draft of Resident Evil 2 to represent the point of production when the development team struggled terribly to correct the game's scenario oversights, prosaic settings, maps, etc., all while dealing with the director's (Hideki Kamiya) own inexperience throughout its troubled development. The result was a less-than-stellar experience. The bold solution was to scrap the 65-80% of what was done and start over from scratch. Completely. This build is so disparate from the final version, let alone the rest of the later prototypes, that most consider it a whole different game altogether. You'll see why as you read along. Note that this page investigates the actual development code and not the well-known IGAS fan restoration (still supposedly) in development.

This particular build dated November 5, 1996, made a year and two months prior to its final January 21, 1998 release, provides many playable areas for the player to explore. Some of which made to the final release. Wholesale, in fact. 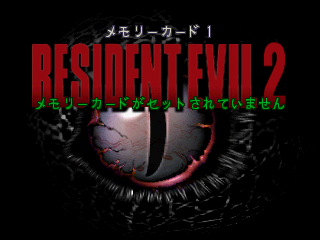 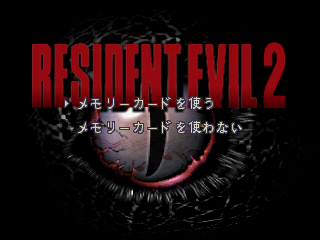 You can tell the Load/Save section simply exists in this build to make it seem more functional than it is. The real interesting detail here is that the section uses the international Resident Evil 2 provisional logo screen for its background.

We're not even going to discuss how fundamentally different this Character Select screen is from the final -- there isn't any in the actual game, period. But this menu had a few of its own rough drafts within the DATA directory and each have their own names and dates even, oddly enough. What's actually seen on the select screen appears to display a mix of graphics from SELECT.TIM (PLEASE SELECT MAIN CAST) and SELECT3.TIM (the first letter of both the main characters' first names being emphasized by their signature colors). 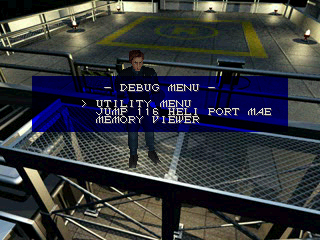 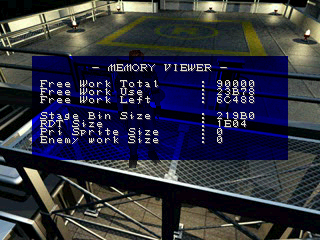 Out of the three categories provided by the prototype's DEBUG MENU, UTILITY MENU presumably gave developers the options to utilize (duh) whatever development tools they had to test out the game's functions (likely in real-time), JUMP handily grants the player to warp into any room in the game they wish regardless of scenario, and finally MEMORY VIEWER provides a chart of how much memory and resources are being used in real-time. 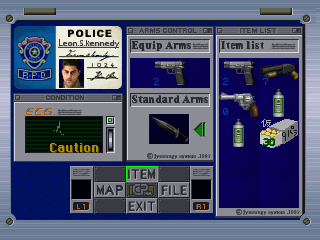 The prototype bared a completely different presentation for the inventory sub-screen compared to the final version. The design and arrangement of the menus appeared inspired by the first game's sub-screen, particularly the electrocardiography (ECG.) condition tab and Chris Redfield's sub-screen portrait seen on Leon S. Kennedy's ID, which is obviously a reused graphic from said predecessor.

Unique to this build was the ability to simply switch to MAP and FILE screens on the fly with the press of the L1 and R1 buttons similar to Mega Man Legends [1], but does not seem fully operational at all.

Composer Masami Ueda remarked about having to reuse most of the tracks he composed for the prototype onto the final version of Resident Evil 2. How much exactly is not certain, but the following are tracks that were never heard before prior to the prototype leak in early 2013.

Reused (and Revised) for Resident Evil 2

What can be said? EVERYTHING. Well, almost everything. All individual rooms will be named after their internal names as seen in the JUMP function of the DEBUG MENU.

Note that the background images of many "1.5" rooms made it to the preview versions of the final game, although they are unused and the rest of the rooms' data did not make it. Some of the backgrounds look similar to this version, but many are in a more advanced and detailed state, which among other things, tells us that development of "1.5" continued for some time after this current version before being scrapped. The mere presence some of the assets in said later preview versions implies they were being considered for reuse after production restarted. 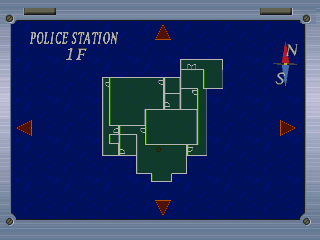 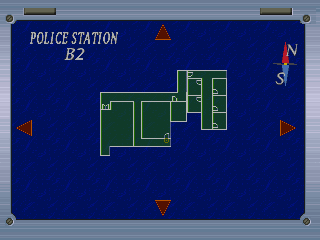 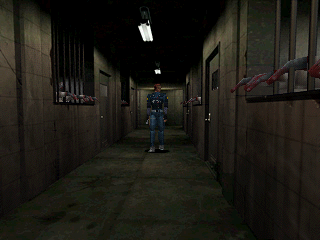 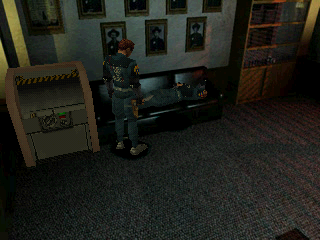 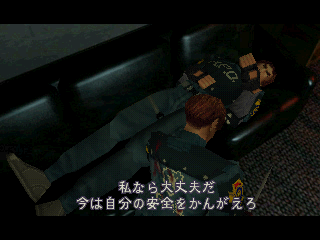 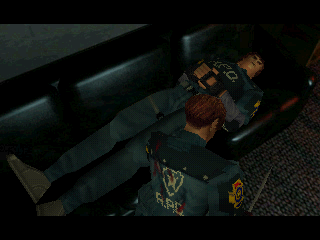 Although his conceptual design was done at this point in time, Chief Irons uses Leon's model as a placeholder in this prototype. 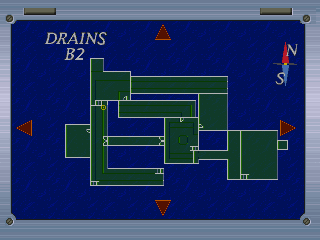 The sewers, named the Drains here, was reportedly the area the team had supposedly struggled with the most. 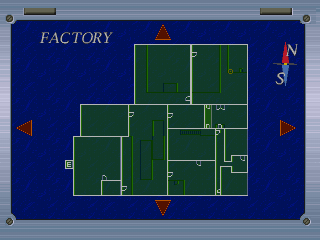 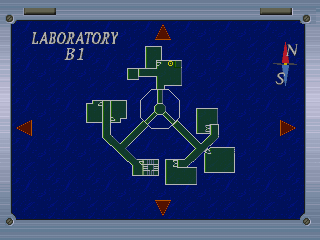 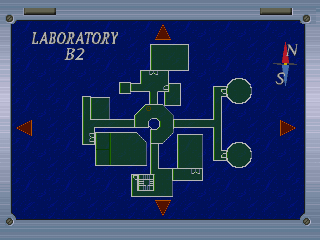 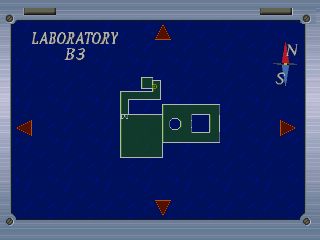 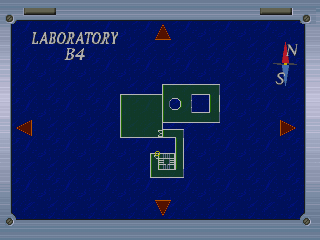 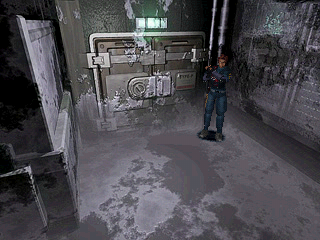 One of the very few areas — and background slides, in fact — retained wholesale for the final Resident Evil 2 (!). 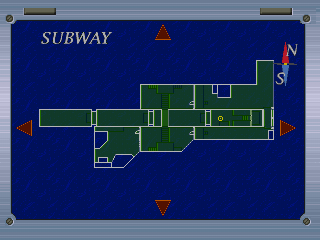 You don't get to fight the G monsters or Jared Fogle here. 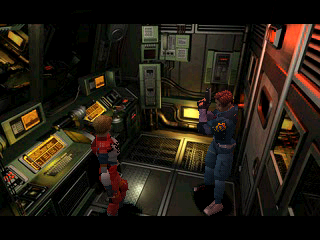 Elza's model here is likely used as a placeholder for another character, if certain information is to be believed [2].

These only exist in this prototype version, seeing the early design of the avatar itself. Leon would be able to use these, in response to the female protagonist's Grenade Launcher. It is unknown if there were actually two other versions of the grenades that match the grenade rounds for the Grenade Launcher.

Retrieved from "https://tcrf.net/index.php?title=Proto:Resident_Evil_2_(PlayStation)/November_5,_1996_Prototype&oldid=1071548"
Categories:
Cleanup > To do
Subpages