This page details one or more prototype versions of Shanghai II (NES). 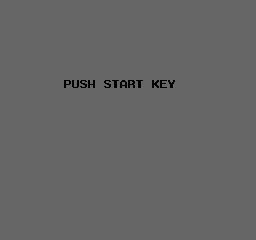 Two of the Sunsoft Dev Disks contained early demos of Shanghai II, making up two of the six tile layouts used in the final game.

Similar to what happened with this game's predecessor, the background was changed from gray to green, which led to the tiles' palette being tweaked accordingly to create a rather classy visual aesthetic.

The final also surrounds the tiles with a nice border and a bunch of menu options, which the prototype also has but either hides or leaves unused.

Aside from the palette change, many of the tiles were redrawn between prototype and release. Most noticeable is the redesign of the dotted tiles, the bird in the bamboo tiles and a tightening-up in the lettering and design of the seasons/flower tiles.

The cursor's change to a much brighter and distinct palette in the final helps it pop from the tiles much better than in the prototype. One and two-player variations were also added for the multiplayer modes in the final, much like with the previous game.

Although there are few embellishments to the main game at this point, there are some graphics that seem to imply that they were ready to be added.

Text which, along with a number count, would have indicated how many tiles are still on the screen.

A big ol' help button. While the prototype does have a full suite of help options as mentioned above, they aren't accessed via a dedicated help button.

Also worth noting is the border surrounding the help text, which in the final is the same one used elsewhere (see below) rather than part of the text graphic.

An early border, similar to the one that surrounds the tiles (and menu buttons) in the final game. The main palette in the prototype does not seem to fit the early border very well.

A full number set, in the same font as the "Push Start Key" text. Likely would have gone with the "Rest" icon to show the number of remaining tiles.