This page details one or more prototype versions of Shin Megami Tensei: DemiKids Light and Dark. 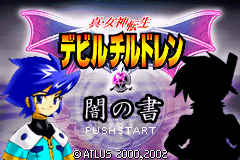 This article is for the prototype of the Demikids Dark Japanese version of the game. Lights version is as of yet discovered. The demo has a few differences from the retail game. A video of its content can be found here.

All other content is basically the same, such as items, encountered demons, and NPCs. 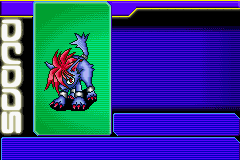 This Cerberus character portrait appears when there is no other character data to display and is the default demon prior to obtaining either Gale or Rand in either version. However, since this demo has the player automatically obtaining Gale, this is not seen normally. 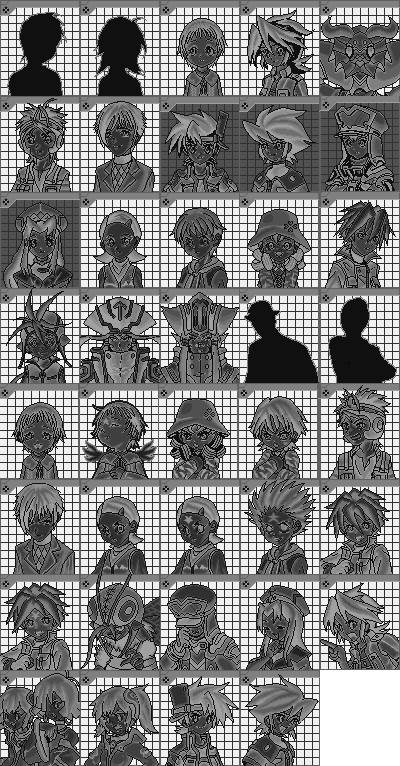 These 39 hidden portraits exist within the game's code, and are in the main game, and are used for the Battlenet portraits. They are able to be extracted, but not in their original palette so black and white is the best available palette. Some of these images display slight differences from portraits established as being in the game (such as Rena holding her finger out) but they do display differences when compared to established images and may be direct screenshots from early betas or original design material. Many of these characters are remnants of main characters or portraits from the original Devil Children Era on the Game Boy Color. Several of these images also make it into Devil Children Fire and Ice as well, but several are removed, with 2 additional images added of Lucifer and Hoshigami, and end up being Battlenet then as well.