This page details one or more prototype versions of Silent Hill. 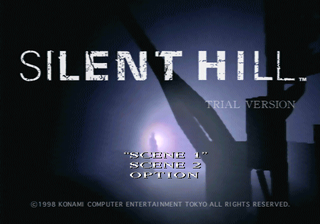 The demo disc was included with the Official U.S. PlayStation Magazine issue 16 and has a playable demo of Silent Hill along with a few other games. This is an early build of Silent Hill that contains some unused resources.

Some names were changed or dropped altogether in later versions. The question marks appear to be part of the name, and not control codes to affect in-game text display. The following strings appear at offset 0x1878 in the file "1ST/BODYPROG.BIN".

While all these item names had been defined, descriptions only exist for the first few items you get in the game.

Some of these images were changed in the final version of the game, and many are unused placeholders used before the final artwork was ready.

In the "TEST" directory are the 3D model "TOWN.TMD" and corresponding texture "TOWN1.TIM". These show a small portion of the town populated with four residents. The model and texture data are appropriate for use on the PlayStation, but too high quality to be used as real in-game graphics. These resources can be loaded into MilkShape 3D and give the following scene:

The residents have no corresponding texture data, but their polygons are colored. Below is a screenshot taken from the TMD ripping software "PSXPrev" of two of them: 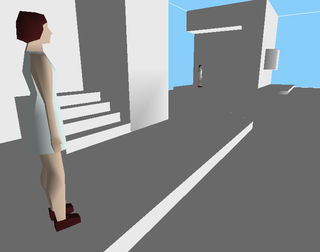 These assets may have been used to initially visualize what the game looked like. Another model, "OB.TMD", shows a storefront on a street corner but has no associated texture data.

As the "1ST" folder contains resources used during startup such as the Konami/KCET logos and other warning screens, this clip may have been played for a particular screen.

The image below seems to be a placeholder. 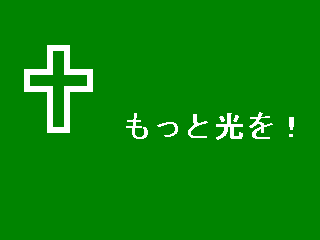