This page details one or more prototype versions of Sonic Adventure 2: Battle. 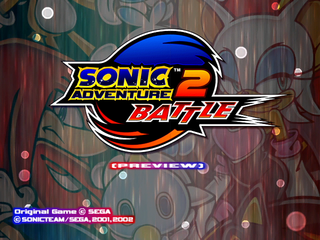 A playable demo and movie of Sonic Adventure 2: Battle were released on the (US) March 2002 Interactive Multi-Game Demo Disc.

There are few (if any) differences to the final game in terms of gameplay. However, it reuses the menu system from a Tokyo Game Show demo - giving some insight into how that demo worked and what it contained.

The title screen is based on an earlier version: It fades in without any flash or logo movement, lacking the transitions from the final game. The textures for the final game's title screen (alphaTitle_e) and main menu (newMenu_e) are in the files, but aren't used. The demo cycle was removed - just staying on the title screen after the music fades out.

It reuses the "[PREVIEW]" subtitle from the TGS demo, but has the final (Capitalized "START") Press Start graphic and copyright text, as well as the English logo.

The background is almost the same as the final game's, the only difference being that the background's floating orbs are still on the background itself. Their placement is flipped and slightly higher but otherwise identical to the TGS version. 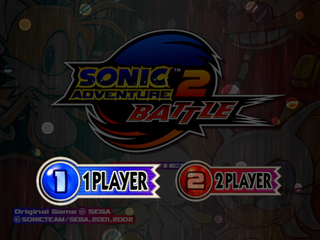 Pressing Start opens a menu asking the player if they want a 1-Player or 2-Player game. The graphics for these buttons can be found among the final game's demo leftovers, but only in Japanese. The faded (unselected) icons are also different to the ones from the TGS demo. 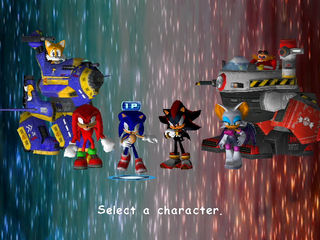 The 1-Player option brings the player to a stripped-down version of the 2P Battle menu. Selecting a character starts one of their stages, which are the following: 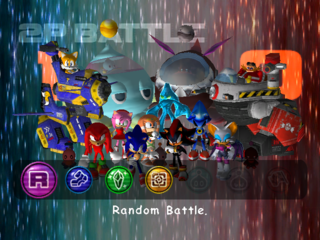 The 2-Player menu is the same as the final version in a new game, other than missing the stage select screen. Just like the 1-Player menu, each game type gets one stage: 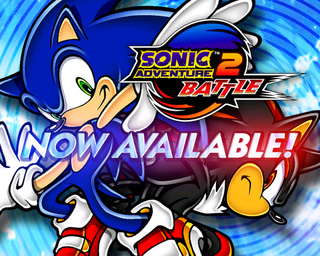 After completing, leaving a stage or playing for 10 minutes this screen is shown to the player. After that, it exits to the main Demo Disc menu.

This is an edit of the "Coming Soon" screen from the TGS demo - even still being labelled "TGS_comingsoon" in the files. 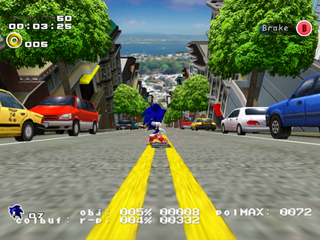 This Action Replay code lets you access a debug mode that, when triggered, displays debug info on the bottom portion of the screen.