The Sonic the Hedgehog 2 AutoDemo is a Game Gear EPROM cartridge demonstrating the then-upcoming release of Sonic 2, sent to several magazines worldwide for preview purposes. On July 14, 2014, Orengefox from Sonic Retro obtained a copy of the AutoDemo, and the ROM was released to the public in August.

As the name may suggest, the AutoDemo is not playable and simply plays itself (a tactic Sega would later use to great effect for Sonic Adventure): it starts with a simplified introduction sequence and title screen (much like the final game), before continuing with Sonic running through an early version of Green Hills Zone (complete with loop), gliding through a largely empty Sky High Zone, and briefly riding one of Under Ground Zone's mine carts. Following this, a static "Coming Soon" screen appears, and the demo loops from the beginning.

With a special Zone/Act editor and a modified ROM, though, there are more levels than the demo shows!

Much is different from the retail release of Sonic 2, most notably the introduction and title screens and the Green Hills Zone tileset. Tails is also completely missing.

Many early screenshots of the game shown during development are thought to originate from this demo, the primary giveaway being that as gameplay is always the same, the ring and time counts at specific points never change. Furthermore, as the HUD resets at the start of each of the three sections, Sonic is seen using a hang glider mere seconds into play - in the final game, there are no opportunities to use one this early.

To select a level, at offset 0x550 replace 00 with the desired value ​​below:

Setting ROM address 0x2BA to 03 will cause an early version of a level card to sometimes appear on resets. It crashes to a black screen after two seconds.

While the build date is present at 0x000C0, it is likely incorrect and marks the start of development, rather than this build's date.

At 0x00869, there's a string of text reading out the title of the game. This may have been used for an early title screen similar to the June 30 prototype of Sonic Chaos. Interestingly the text is wider than the Game Gear's resolution, so it may have been intended for Master System builds of the game. 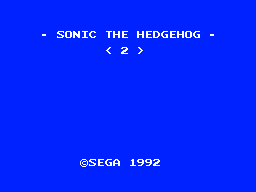 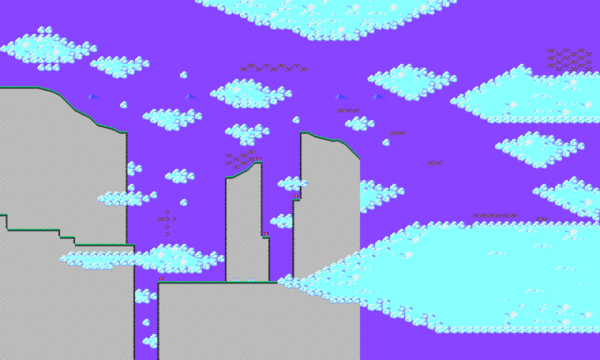 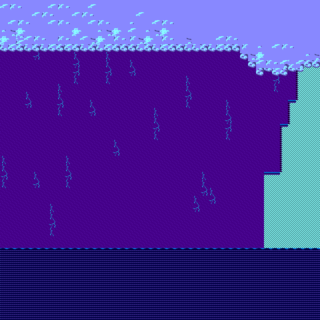 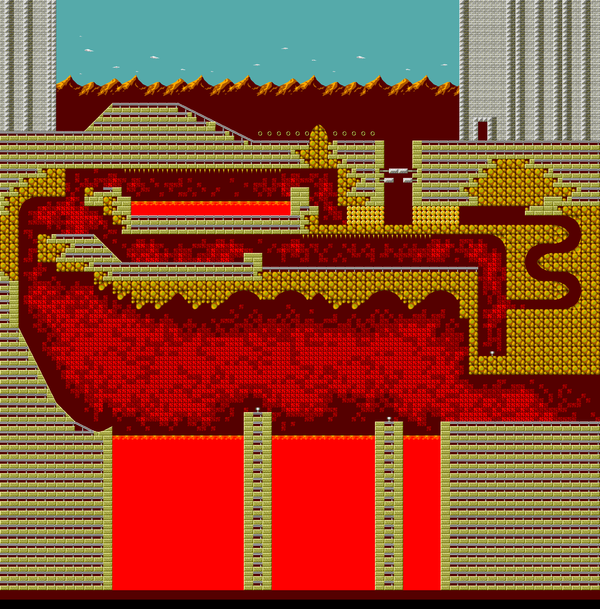