Dated June 18th, 2001. By this point, the game starts to resemble what was released. Most of this build's differences are in the main menu.

There are four different title screen backgrounds it randomly picks, while the final version only has one until you beat the game. 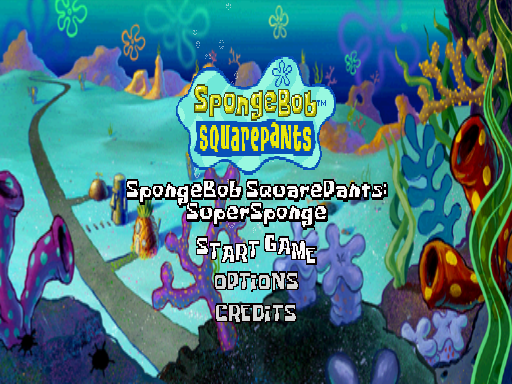 The credits are accessible from the main menu, which was dropped in the next build.

In addition to the unique backgrounds is a nice bubble transition.

The phone booth has a shell on top of it, which was removed in the final game.

SpongeBob's dialogue icon was flipped and Squidward's was given a neck.

The Desert Wasteland's background was once purple, and changed to green in the final game.