This page details one or more prototype versions of Star Fox.

A localization build which seems earlier than the one found here can be built from source, and has numerous minor differences.

Set contest equ 1 in VARS.INC to build this ROM. 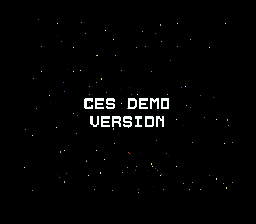 Set the debuginfo flags in VARS.INC to build these ROMs:

Note: Building with cesdemo equ 2 produces a CES ROM but with stage selection features enabled, regardless of debuginfo flags.