This page details one or more prototype versions of Super Ghouls'n Ghosts.

A prototype of Super Ghouls'n Ghosts dated with a last file modification date of June 26th, 1991 was leaked along with several other prototypes and source code in July 2020. It can be found in NEWS\テープリストア\NEWS_05\NEWS_05.tar\home\kimura\games.lzh\games\makai. Extract game.exe, then change the extension to .sfc or .bin.

The final game simplifies this by letting the player choose between 3 preset control schemes:

The left side of the money bags was adjusted in the final game.

In the final game, all upgraded weapons do 3 more HP of damage than their base versions. With the increased based damage values, this makes the Hefty Axe better, the Magic Crossbow the same, and all other upgrades worse than they were in the prototype. 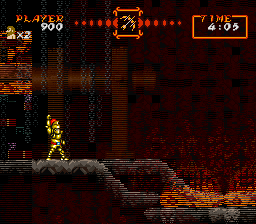 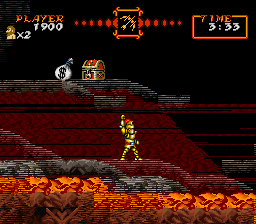 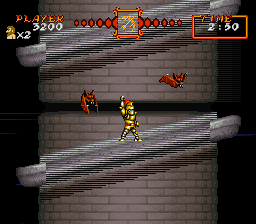 The splitting effect was abandoned because it's incredibly buggy. Using it on the left or right bounds of the level reveals random clusters of garbage tiles, animated backgrounds will glitch out something awful, and effects like the rotating towers in Stage 3 are ruined because the animation doesn't do anything to sprites. 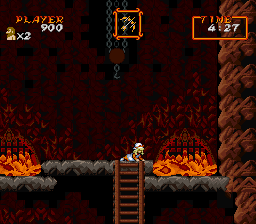 ...there aren't any in the prototype. That's all. 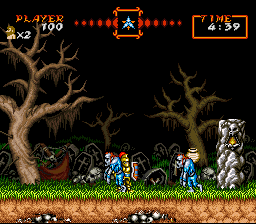 There are a few debug features that can be accessed through the 2P controller:

There are two other debug functions that have been dummied out. Put the following Pro Action Replay (PAR) codes in to activate them:

Additionally, Pro Action Replay (PAR) code 01CA23EE will add the baby, sea lion, bee, and maiden transformations to the armor switching debug feature. However, the baby and sea lion don't have proper tilemaps, trying to do pretty much anything as the baby will crash the game, and getting hit will usually glitch the game out.

There's a fairly extensive stage debug menu in the game, though there's no way to access it normally in this build. First, you'll need to change the ROM header to make the game use SRAM: Change byte 0x07FD8 to 04. Then, use the following Pro Action Replay (PAR) codes to replace the No-Hit debug feature with the debug menu:

Note that this menu is very, very broken. The code to display text doesn't seem to work right, and when it does display text it comes out as a garbled mess. The following is a list of menu options taken from the ROM for reference:

Press 1P Up / Down to move the invisible cursor and 1P Start to access the selected debugging tool. 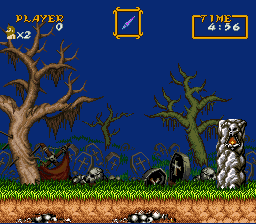 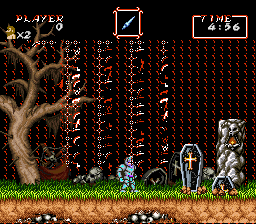 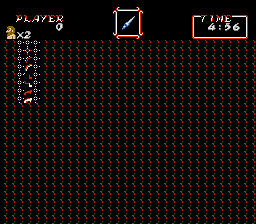 Should display object graphics, but instead displays a garbled mess of nothing. That thing on the top-left corner should display hexadecimal numbers from 00 to 1F but, again, broken text display.

Scroll Char Test
Like the object char test, this also doesn't work, but in this case, it doesn't display much of anything. Just press 1P Start to exit to the main menu.

Sound Test
This is a worse version of the sound test in the hidden options menu. Maybe use that instead. 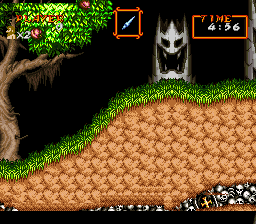 This is a basic map viewer. Careful about going out of bounds or the game might crash! Use 1P D-Pad to move the camera and press 1P Start to exit to the main menu.

Exyit
Should exit the menu and return to normal gameplay, but it hangs the game instead. Oh well.

Obviously enough, most samples are different from those used in the final game. All tracks except "Continue" use lower-pitched samples in the prototype. The Game Over BGM is also missing stereo effects, and the Continue track has an echo that was taken out of the final game.

The prototype is also missing all cutscene music, the ending track, and the Boss BGM for Stages 6 & 7 and 8.