This page details one or more prototype versions of Super Mario World (SNES).

This is documented on Forest of Illusion. 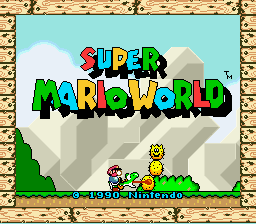 A US localization prototype of Super Mario World was released on December 24, 2022 by Forest of Illusion. The source cart is dated October 25, 1990, ten months before the US release, and just under a month before the Japanese release.

This prototype appears to be a slightly earlier version of the build shown off in two US commercials for the game, as it features the same font and overworld debug functionality but lacks the "Super Mario Bros. 4" subtitle seen on the commercials' title screens.

Some of the game's dialogue and textbox strings are slightly different. Aside from minor typos and spacing differences, the prototype's script refers to the A/B/X/Y buttons by their color on the Super Famicom's controller rather than their letter, as in the Japanese script. As the American models use two different shades of purple for their controllers instead (a darker shade for A and B and a lighter shade for X and Y) and the localization was in production alongside the American SNES, it's possible that they either had originally intended to keep the Japanese coloring on the US controllers or that the localization team weren't aware of the US controller's redesign. 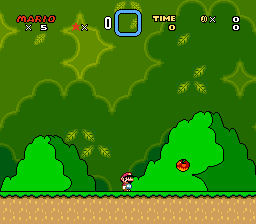 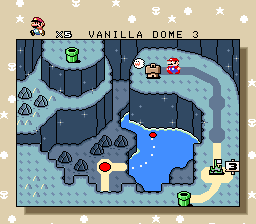 These features all remain in the final, albeit disabled and requiring Game Genie codes to re-enable.