This is a sub-page of Proto:Super Mario World 2: Yoshi's Island. 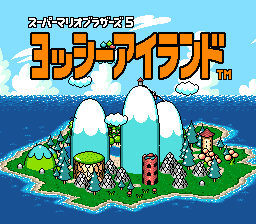 This prototype of Yoshi's Island was also found in the July 24, 2020 leak. While it's rather similar to the ys_romX_0 build from the same leak, this one has the final game's music and sounds.

Countless differences that were in the ys_romX_0 build also apply here, so below are the changes in this build:

Despite now featuring the music and sounds from Yoshi's Island, the audio is still far away from final.

While most levels barely had any changes between ys_romX_0 and this build, there are still some changes that happened. Note that all levels in this build use the same music, which was retained for some levels of the final version (most famously "Touch Fuzzy Get Dizzy").

Retrieved from "https://tcrf.net/index.php?title=Proto:Super_Mario_World_2:_Yoshi%27s_Island/ys_rom_0_D&oldid=1093945"
Categories:
Cleanup > To do
Subpages