This page details one or more prototype versions of System Shock.

Version B3.0S of System Shock (the "B" standing for "beta", whereas retail versions start with "F" for "final") was released by the scene group "The Firm" on September 6, 1994.

The latest datestamps on the game's files range throughout the last week of August '94, with the installer itself being dated August 30, placing this version about a month before the original floppy disk release.

The main in-game menu isn't quite as polished in this version, featuring a slightly simpler appearance. Some options also aren't fully implemented yet - for example, sound volume and gamma correction can only be cycled between three presets, rather than having proper sliders.

This version of the game has some additional variables that can be set in CYB.CFG:

The Security-3 robot, an unused enemy which still exists in the final game with no graphics, actually has a full set of idle animations in this build. It makes the same sound when sighting the player as the Sec-1, but has no other sounds, no other frames, no attacks, and 0 HP. 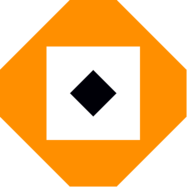 This build has one unused cyberspace object that doesn't appear in the final game's data at all - a completely 2-dimensional target which, when destroyed by the player, can be set to cause another object in the map (such as a barricade) to be destroyed.

The target object actually has the same object type number as the cyberspace decoy in the final version of the game, and the final game still has code that allows the decoy object to remotely destroy another object when the decoy itself is destroyed, even though decoys are normally indestructible.

Diego's default HP (as specified in OBJPROP.DAT) is 600 in this build, but was raised to 750 in the final. However, each time you encounter him in the game, he has a different amount of HP which is almost always different from the default, so this value isn't really used anywhere:

Diego's armor value was also increased from 55 to 70, and his chance of flinching when hit was decreased from 5 to 0.

More interestingly, while her HP is lower in this version, SHODAN also has more evasive combat behavior - when hit, her avatar briefly disappears and then reappears in another location nearby. Unfortunately, it seems to be possible for her to softlock the final battle this way by reappearing somewhere slightly out of bounds (although this may be a relatively rare occurrence).

There's an additional, alternate set of sprites for SHODAN's cyberspace avatar in this version - the version used by the game (both in this version and in the final) is essentially the same but with some additional transparent pixels.

Both of the Exec-bot's pain/damage frames are different in this version. Several of its front-facing sprites are missing the bottom row of pixels.

The cyborg elite guard's corpse has a different sprite in this version.

The virus mutant, plant mutant, and zero-G creature's projectiles have slightly different appearances in this version.

Cyberspace enemies that use 3D models also seem to always have different coloration in this version.

Two weapons had their delay between shots adjusted between this version and the final:

The Plasma Rifle's maximum charge setting was increased from 100 in this version to 130 in the final (and then reduced again all the way to 50 in the CD-ROM version, most likely to avoid a damage calculation bug). The "attack mass" value that affects impact force was also increased from 0 to 10 in the final. In this version, the Plasma Rifle's projectile also doesn't bounce off of floors or walls.

The stun gun's projectile sprites are shaded slightly different in this version, though this really only amounts to a few pixels that have slightly darker shading.

Grenades all have a "hardness" value of 0, as opposed to 15 in the final, which causes them to bounce further when colliding with other objects or surfaces in this version. In addition, grenades have different mass values per type in this version:

In the final version, all grenade types have a mass of 50.

Cyberspace projectiles also don't properly deflect each other in this version.

The same item differences seen in the demo are also present in this build. In addition, the Skorpion's large slag clips are displayed as "BIG SLAG" in the MFD in this version.

The Berserk patch is still known as "Craze Hallucinogen" in this build, a name that is referred to in one of the unused logs and which can also be seen in some promotional screenshots.

The description in the MFD also doesn't mention Berserk's strength-boosting primary effect, although it already seems to be implemented at this point. According to the developers' 20th anniversary commentary stream, this was eventually changed because the distributors of the German release of the game objected to the idea of being able to use hallucinogenic drugs in the game, so they added the strength-boosting effect in order to give it more of an actual gameplay purpose.

The cyberspace decoy item isn't fully implemented yet - you can pick them up in cyberspace, but attempting to use one just adds the same item back into your inventory without actually doing anything.

The 3D cart model is missing one of its faces, meaning you can look up at it from below and see directly through the top of it.

The ceiling lamp sprite has different shading in this version.

Energy drain mines have a clearly unfinished sprite here, though it still uses palette cycling effects. The mines themselves also don't seem to do anything.

The largest variety of crates don't play the same animation when destroyed as the other crate types in this version.

Waste barrels are solid in this version, but can be freely walked through in the final.

The video mail that shows the jettisoning of Beta Grove still has the laser attached to the bottom of the station in this version.

The conversion chamber texture was made more detailed in the final, including more usage of palette cycling effects.

Two textures used exclusively in the inner part of the bridge on level 9 were replaced in the final. Both the new and old textures can be seen in action on the level differences sub-page.

One of the grating textures was redesigned to be easier to see through in the final.

The two Diego face animations were both tweaked slightly - the color version has some miscolored pixels (probably due to the game's palette being modified at some point during development), and the monochrome version has slightly different shading.

The MFD portrait that shows the laser striking Earth is noticeably unfinished.

Robin Kell has a completely different MFD portrait in this version, as well.

One of SHODAN's MFD portraits is mistakenly set to have a transparent background in this version. This is especially noticeable when playing in fullscreen, since there's no MFD background behind it and you can just see whatever's in front of you through the transparent parts.

Several of the 3D models, primarily ones used in cyberspace, had their vertices shifted along the Y axis in order to center them on the origin point. This isn't usually noticeable in-game, but can be seen in the placement of things like navigational arrows in cyberspace.

The sound effects for turning the shield hardware on and off are different in this version.

The TriOptimum V-Mail jingle is also 22 kHz in this version, but was downsampled to 11 kHz in the final. The sound is otherwise the same in both versions.

Various text strings were tweaked or corrected between versions.

("Objsys" refers to the current level's object table; "eited" is probably a misspelling of "edited".)

The description of Cyber difficulty 0 is different in this version. Despite what it says, the default time limit is still 30 minutes like in the final.

"Deaths" was changed to "Regenerations" on the final score tally. The "Hit ESC to view credits." prompt was also added in the final.

The French and German translations aren't quite finished in this version - various things in the respective string resource files have formatting differences, things that got reworded, and in some cases, things that haven't actually been translated from English yet.

The credits sequence is mostly the same in this version - complete with elevator music - aside from a few changes made by the time the final was released:

And lastly, but perhaps most importantly, Bart's haiku is missing from this version.