This is a sub-page of Proto:The Legend of Zelda: Majora's Mask/Debug Version. 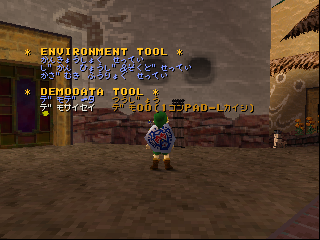 Press Start on Controller 4 to open the environment editor. You will be presented with two menus:

Read on for more details on each option.

All button inputs are used with Controller 4. 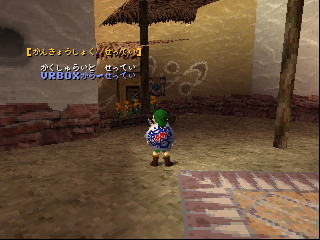 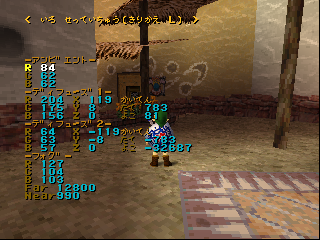 This menu allows you to change the colour of the sky, as well as switch between skyboxes. 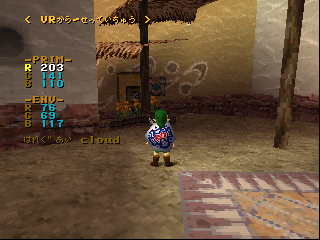 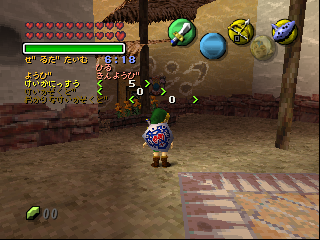 This option indicates the current weekday. The yyy variable allows you to choose between the seven days of the week:

You'd expect to be limited to a choice of only 4 days, since these are the only ones that appear in the game, but you can actually set the variable much, much higher. Day 5 and beyond appear to be identical to the New Day on Day 4. The days of the week are tracked all the way through till Sunday. This is probably a remnant of the "cops & robbers" game the time limit concept came from, wherein the goal had to be achieved in 7 days.

This option displays how many days have passed in-game during the current three-day cycle.

The rate at which time passes is determined by the current map, rather than globally. When the player enters an area, the value is automatically set to the map default.

Time flows faster during the first cycle of the game (this also changes the Termina Field map to a different one with no music and no enemies). This is actually checked by seeing whether the Ocarina of Time is present in your inventory.

The rate at which time passes can be modified by using the ocarina to play the Inverted Song of Time. This slows down time's passage.

Curiously, this value is not affected by playing the Song of Time, the Song of Double Time, or the Sun's Song. 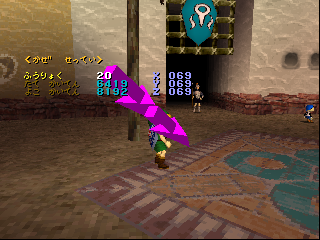 The only option here appears to be "Normal".

Contrary to the instructions, pressing D-Left on Controller 1 does not appear to have an effect.

The following text is present in the Console Output Strings near the text used by the environment editor. It has yet to be accessed in-game.