From The Cutting Room Floor
< Proto:Ufouria: The Saga
Jump to navigation Jump to search 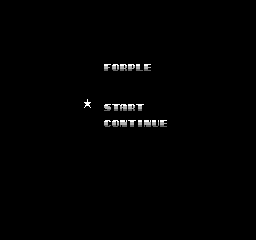 This is a sub-page of Proto:Ufouria: The Saga.

On March 23 2021, armadylo released a PRG-ROM dump for an early build of Ufouria with "Forple" on the title screen. Unfortunately, corresponding CHR-ROM data is not known to exist, but the CHR-ROM banks from a later prototype seem to fit this build, albeit with glaring graphical issues. Screenshots in this article should be treated as mockups.

How To Get a (Somewhat) Working Build 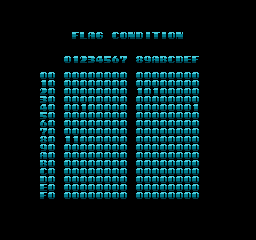 This prototype features a drastically different script, which is filled with formatting, grammar, and spelling issues.