This page details one or more prototype versions of WarioWare: Touched!.

The kiosk demo of WarioWare: Touched! was used in stores prior to the game's release. 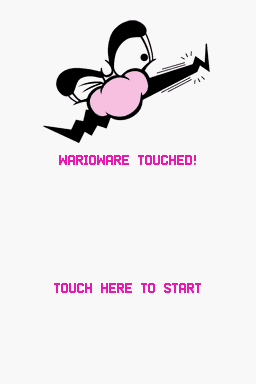 There is an extra intro before the title screen.

Strangely, this demo mixes Wario (normal), Mona, Kat & Ana, and 9-volt's games together rather than just containing Wario (normal)'s stage, even though it has Wario's cutscenes between microgames.