This page details one or more prototype versions of Zoo Tycoon.

The title uses a roaring lion head instead of the logo. Game credits has not been implemented yet, and is changed slightly to 'View Game Credits' in the final. The text is also more spaced out in the final. 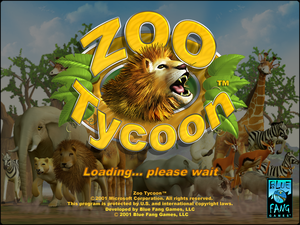 Found in ui/startup, but not used anywhere, is an even earlier logo. 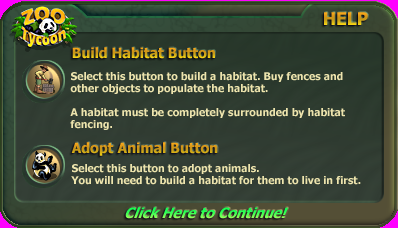 Found in ui/gamescrn. There is no help available for this release. 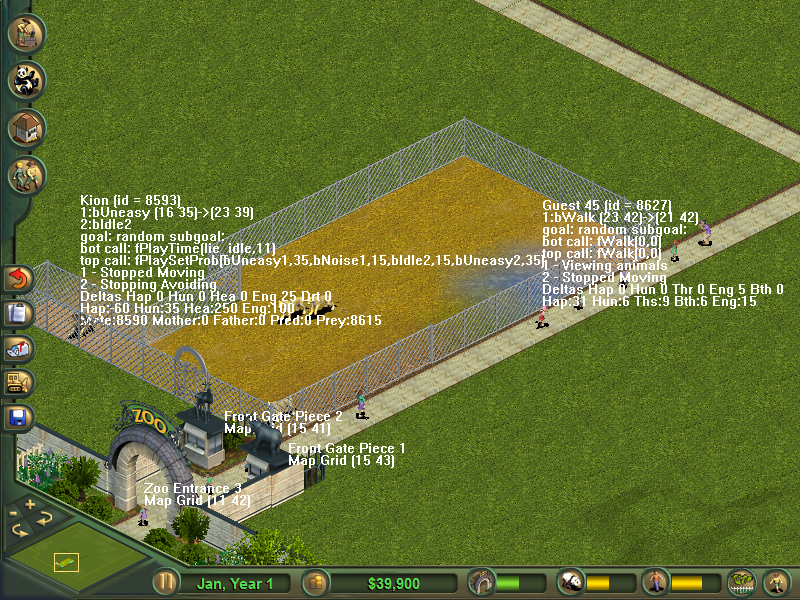 In the zoo.cfg file, change the value at ShowAnimalAIInfo and all others after (but before AIInfoNth) to 1. Then, in-game, click on an animal, guest, etc. to display debug information.

Press CTRL and B to display boxes.

Press CTRL and G to activate a grid.

Press CTRL and R to refresh the game.

Press CTRL and F to to hide/display foliage. 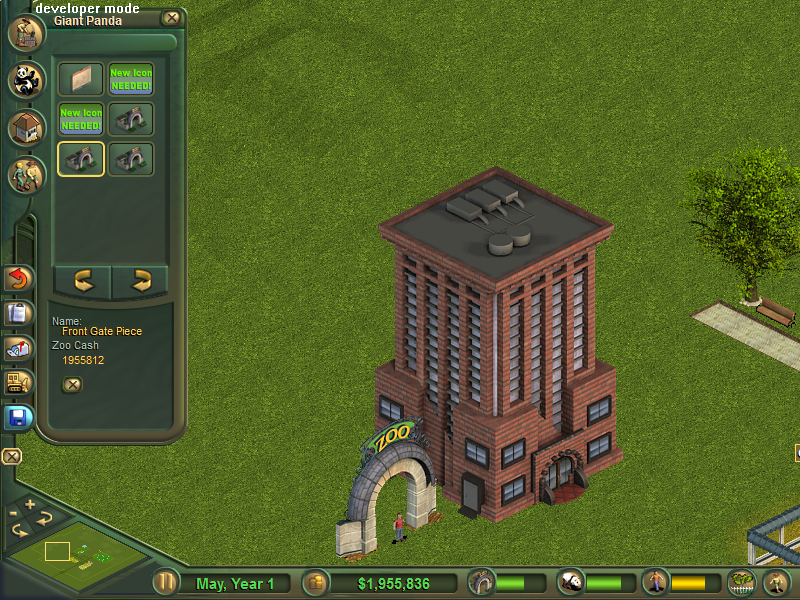 Press CTRL and D to activate. Clicking the little x at the bottom of the navigation opens up a new panel (strangely titled "Giant Panda").

You can do the following using this mode:

Also, placing a Zoo entrance will allow guests to enter from anywhere. Deactivate with the same code.

Several buildings use a Burger Stand with an incorrect palette as a placeholder. 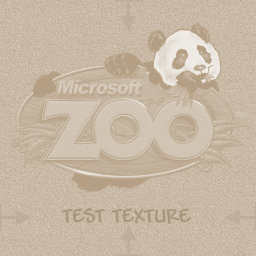 The same test texture from the final game is used in the prototype for Waterfall, Colored Tiles and RunningWater. 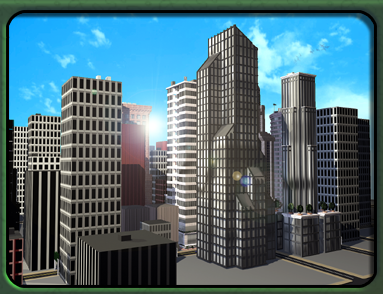 All scenarios use this image.

Saltwater Crocodiles and California Sea Lions use other animal icons when selected.

Different options menu. Final shows the Zoo Tycoon logo instead, with a slightly different pattern at the bottom.

The 'lose scenario' image originally featured a pride of lions attacking the guests with a nice big 'You lose!' printed on it. This was changed to a zookeeper running from a stampede of various animals in the final.

The early icon for build featured a zookeeper building... something. In the final, a hammer and shovel are used.

The building icon had a blue background and less decoration on the drink stand compared to the final.

The Reptile House was changed between versions, with a chameleon now taking the center stage.

The Gift Shop retains the koala, but made him smaller in the final, with a different building.

The Petting Zoo also has a different appearance. It seems more kid-friendly in the prototype.

The Aviary has a different roof color, and also has an additional entrance in the prototype.

Most of the Compost Building was redesigned. The prototype lacks the flies buzzing around it.

The Birch trees were redesigned for the final.

The Concrete path icon was changed.

In config/scenery there's mention of some removed items:

A Pony Ride was planned, and can be placed in this game. Unfortunately, all the icons are placeholder icons.

Sometimes guests will still comment on it, and you can still earn income from it, too.

This item is fully functional. Guests were also going to be able to comment on them eventually:

Swamp, the only type of ground with a real texture.

The following can all be placed, but use the Test Texture:

Chimpmom has a single image of a chimpanzee mother. It's perhaps worth noting that the config files have four lines for each animal - m (male), f (female), y (young), and p. Since all 'p' routes are disabled, it's possible that they once stood for 'parent'.

Tritops contains images for the Triceratops. The profile image is a placeholder, using the image for the rhinoceros instead.

There's a file for btiger, but no files are present (although the Bengal Tiger is still in the game).

Text for the Yeti exists, but is not available in this prototype.

The scenario folder has a subfolder titled 'Example'. There are four files, each made as, well, an example.

In addition to this, there are several empty test folders: 4i, mstest, test1, test2, test3, test4 and test5.

Heard when the Family Restroom is used.

In the final, all lost scenarios have their own text for losing. In the prototype, all but one contain this string instead:

Likewise, instead of personalized text for completing the scenario, the protoype uses this string for all but one scenario:

In the final, a tutorial level is used. In the prototype, it's more of an introductory level. It's not particularly useful either, since the scenario can be completed by hiring a zookeeper and creating the smallest possible enclosure. You don't even need to make sure that it's suitable for the tiger.

If you succeed, this message is displayed.

And if you somehow fail, you get insulted.

Save the Great Cats

Known as Saving the Great Cats in the final. The second part of the introduction is different.

Videos BFLOGO and MSLOGO exist, but are empty files. In the final, these are the logo introductions for Blue Fan and Microsoft respectively.

The Money Cheat has already been programmed (press Shift and 4 at the same time to generate $10,000). However, unlike the final game, performing this cheat will not deteriorate any of the animal fences.

Folder 1028 and 1041 contain translation files, but the following is all that exists, repeating itself for a while:

Folders tbreser and plus are in the ui folder, but are both empty.

Some changes were made to the file. ShallowWater and DeepWater are FreshWater and SaltWater in the final.

Many of the unused guests' thoughts from the final game also go unused here. Even though some of these items are in the game, guests don't seem to comment on all of them.

Retrieved from "https://tcrf.net/index.php?title=Proto:Zoo_Tycoon&oldid=689581"
Categories:
Cleanup > To do
Games > Games by content > Prototypes